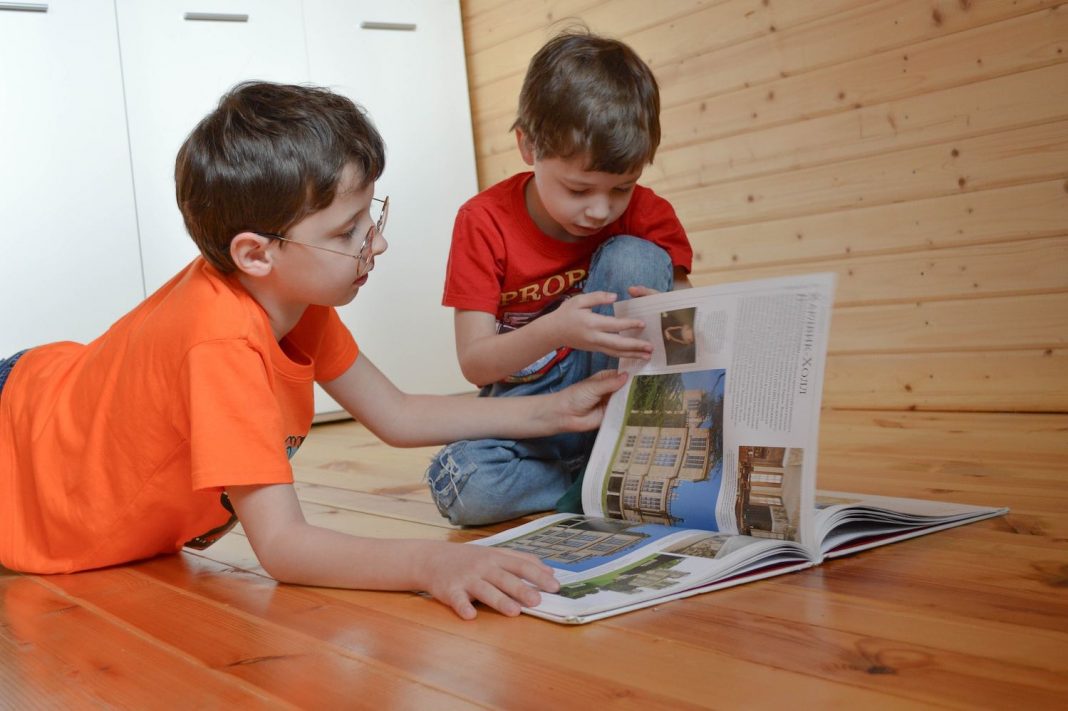 An Edinburgh school – where a screen-free environment is seen as central to learning and wellbeing – has experienced interest in the alternative education rise during the pandemic.

It has long been an ambition of Edinburgh Steiner School that access to a Steiner education should not depend solely on the ability to pay fees. Many pupils benefitted from the assisted places scheme. It is a Partner Provider for the government’s Early Years and Childcare Scheme, and is the only independent nursery attached to a school offering the 1,140 Hours scheme from August. Its secondary school fees are lowermost compared to the 35 independent schools in Scotland. It also distributes 6% of the previous year’s net fees in bursaries and hardship grants to help families meet up to 40% of the fees.

Since the first wave of Covid-19, teachers turned to technology to deliver learning remotely. Yet in spite of the crisis making digital teaching fundamental to the continuity of education during lockdown, the small parent-funded school has welcomed over 80 new pupils.

The National Party pledges to gift a laptop for each Scottish school child from P1 to S6, subject to successfully retaining a parliamentary majority on Thursday. The Lib Dems called Scotland an ‘outlier’ in a first ever Motion in Holyrood seeking to raise the school starting age to 7. The Greens made this a key part of their manifesto, adding they would scrap the controversial P1 SNSA tests in literacy and numeracy.

Edinburgh Steiner School is the only school in Scotland that does not start formal learning until children are in their seventh year. It has a roll of up to 360 pupils aged 2 – 18 years old on one campus, with tuition fees of between £6,897 – £10,610 for next academic year. There is no entry exam or standardised testing until National 5s; and digital literacy is introduced here at age 12.

1,100 Steiner Waldorf schools worldwide, (including in Silicon Valley where two-thirds of Steiner Waldorf parents there work in the tech sector) favour chalkboards over iPads in the younger years. Considering screens incompatible with the holistic education they strive to offer, instead play and the integration of practical lessons such as woodwork, watercolour painting and organic farming are seen as central to learning and wellbeing.

It is the first preschool setting attached to an independent school in Edinburgh and the Lothians to commit to being a Partner Provider of early learning and childcare when the Government scheme almost doubles across Scotland, meaning that from August up to 30 hours a week Steiner Waldorf education for 2, 3 and 4 year olds will be free to parents living in Scotland.

81 new pupils have enrolled in the school since March 2020. These figures do not include overseas students joining for a term or more; and admissions are accepted year-round.

Upstart Scotland’s campaigning efforts to introduce a statutory Kindergarten for all under 7s in Scotland has gained the support from neuroscientists, educators, psychologists, founder of the Children’s Parliament and Give Them Time advocates. The upcoming election campaign has added the Liberal Democrat and Scottish Green Parties. It is expected that wider awareness of the body of international research evidencing the long-term benefits of a play-based, relationship-centred Kindergarten that incorporates the classroom without a roof will satisfy parents initial reservations of opting for an approach different to what is currently available in the mainstream. Edinburgh Steiner School will celebrate its 82nd anniversary on the eve of the elections (5th May, 2021).

“In normal times, our school advises parents to eliminate or strongly restrict screen time. We empower parents to resist calls for immersion in the digital world. Many Steiner and other authors have written with alarm on statistics of children’s diets of screen time, and its adverse effects on child development. Even Silicon Valley glitterati are drawn to Steiner schools…Free laptops for my class? No thank you.”

Read Minding the Gap – one Steiner teacher’s perspective on the “Digital Divide”: edsteiner.org/digital-divide

“Play and creative doing. Without it, we are depriving children of the opportunity to protect their own mental health.

We know there is a huge mental health problem because of the pressure that young people are under from a whole range of sources. What is going to help them? Those skills that they learnt when they were young: expressing themselves in ways that felt good, learning social interaction, creatively doing – whether its dancing, art, singing, clay modelling, knitting, woodwork.

Play, and having a playful attitude, not only enhance lived experience, but can also determine how well – and even how long – a person might live.”

Julia Whitaker, co-author of new book Play for health across the lifespan.

In September 1919 the first Waldorf school was established for the children of workers at the Waldorf-Astoria Cigarette Company by Rudolf Steiner at the behest of the owners Emil and Berta Most. Today it is the largest, and fastest growing, global educational movement, with over 1,100 Waldorf schools and 2,000 kindergartens around the world. The UK has 35 schools based on the internationally-recognised curriculum, known as Steiner schools.

Founded in 1939, Edinburgh Steiner School provides a curriculum which is as innovative and relevant as it was 100 years ago. It offers an all-through, holistic, education from 2 – 18 years old, with a roll of up to 360 pupils. It is in the Top 15 Scottish Schools taking Highers. The cornerstone of a Steiner education is the Main Lesson Programme, offering 100 topics over a pupil’s school career. It became an educational flagship with the introduction of the Curriculum for Excellence, owing to its broad curriculum. 10 years on, it is now a centre for the delivery of Integrated Education, an innovative suite of portfolio-based qualifications offering an alternative educational passport to examinations. Nobel Laureate, Thomas Sudhof is Patron of Acknowledging Creative Thinking Skills (ACTS) project, from which the qualifications derived.

The Steiner education offers an alternative to the mainstream curriculum and instead emphasises intrinsic learning and the development of responsible free-thinking individuals who can contribute to society with initiative and purpose.

By making available a variety of subjects, from philosophy to astronomy, the vastness of what the world has to offer and the breadth of opportunities available are brought into context for the pupils to explore and pursue. Speaking at the Waldorf 100 celebrations in Silicon Valley in September, Nobel Laureate in Neuroscience, and Waldorf graduate, Dr Thomas Sudhof comment’s on why this type of education is more crucial than ever before:

“The emphasis in Waldorf education on implicit learning – on the arts, on the things that you do manually, in language – is a very good thing because that emphasises the strengths of the child during that stage of development. More that ever nowadays, where things are changing, where the way we interact with the world has become so much more indirect because of new technologies, where we need to cope with a completely different sensory environment, this type of education is more important than ever”.

The Georgia May Heath Collection Is Live!