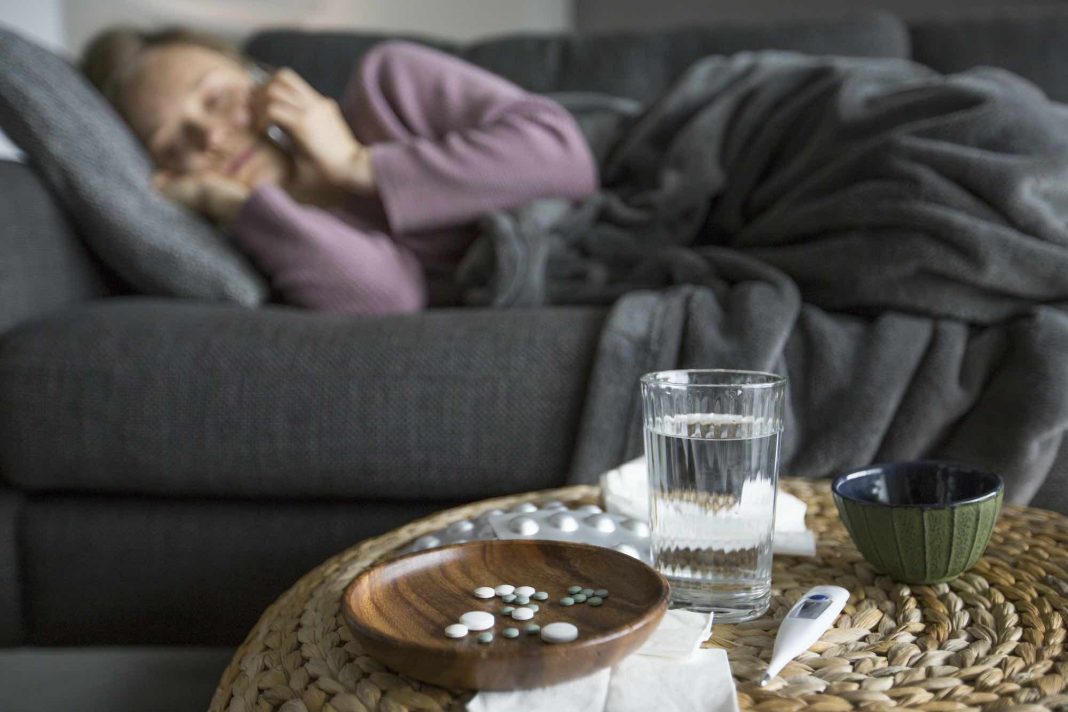 Uncertainty and confusion around the symptoms of common Urinary Tract Infections (UTIs) is causing people to mistake them for other conditions. In some cases the confusion leads to worries over cancer, diabetes, dementia and ovarian cysts according to new research from TestCard.

Social media data analysing 28,000 posts about UTIs from 16,000 women saw mass confusion around the symptoms of a UTI. In 6% of all posts fear of a more serious condition being the root of the symptoms was identified. The analysis further showed ‘fear’ was expressed in almost a third of all posts (31%) on UTIs.

UTIs such as cystitis can make life miserable for many. It’s estimated half of all women in the UK will have a UTI at least once in their lifetime. They can cause uncomfortable and painful symptoms such as burning when urinating, frequency of urination without passing much urine, bloody or cloudy urine and pelvic pain. However, once diagnosed they are usually easy to treat.

The data indicates worried British women are taking to social media and forums and using them as though they were an “out-of-hours diagnosis service”, asking questions and describing their symptoms online as soon as they become aware of them and looking for reassurance and advice.

The main causes of this fear were; pain, confusion over symptoms and lack of certainty about diagnosis, with people confused about whether it was a UTI, or another serious medical condition that they were suffering from.

Painful symptoms were the trigger for almost 27% of posts about a UTI, and people who suspected they had a UTI also asked for advice on GPs and testing access, with almost one fifth of posts (5500) identifying they were waiting for test results.

People were also going online to ask questions about UTIs on behalf of family. Almost one in ten posts (9%) referenced their mother or daughter in UTI discussion. UTIs are common in elderly people and some symptoms like mental confusion can often be mistaken for dementia.

In addition, Google search data showed that online searches of UTIs were down from March – June this year demonstrating how other medical conditions were side tracked during the peak of the Coronavirus pandemic.

In a bid to improve healthcare access and reduce time to diagnosis, TestCard has launched an at-home, non-invasive, UTI testing kit that turns a smart phone camera into a clinical grade scanner. The new technology combines a urine test kit embedded into a postcard – with a smartphone app. 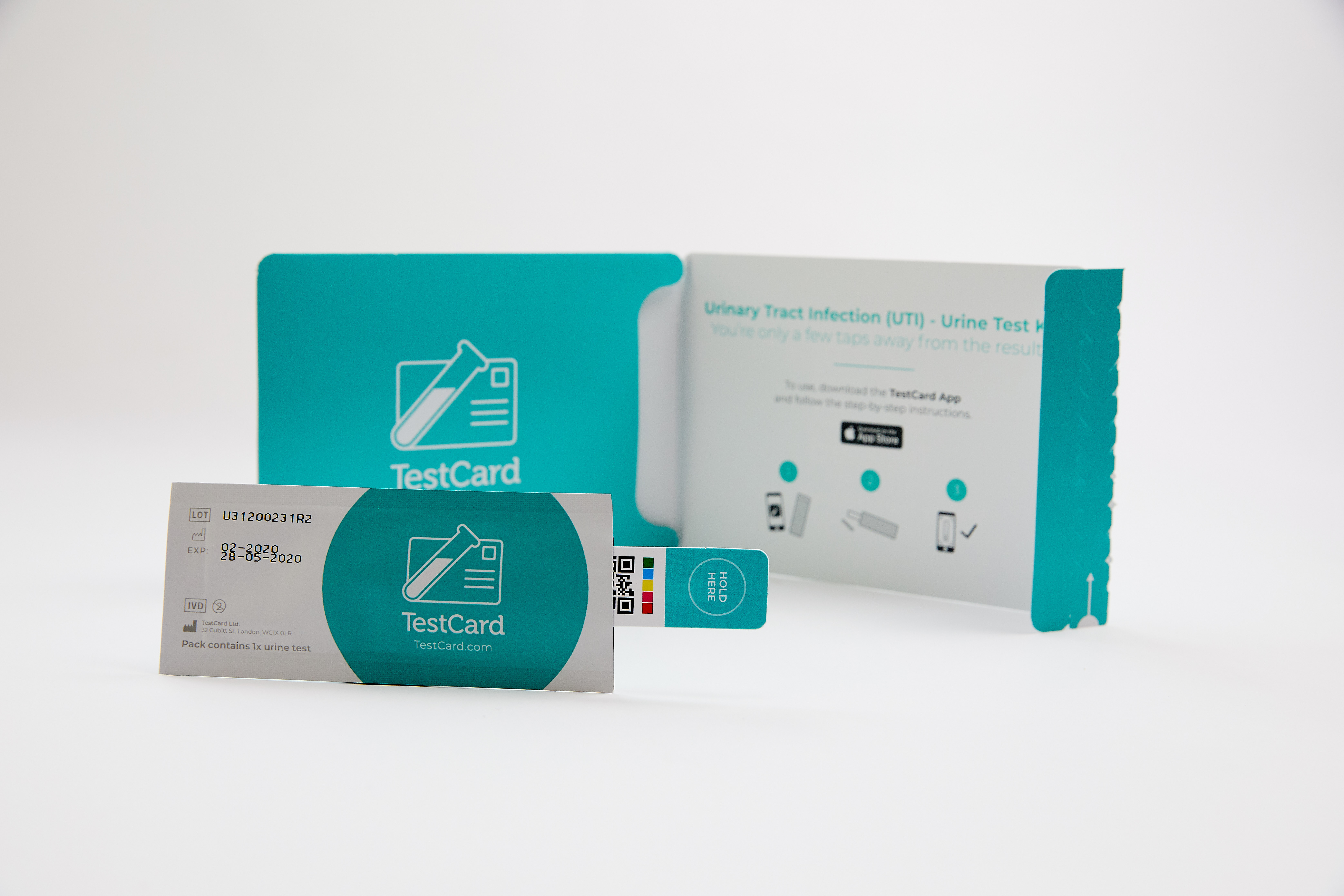 This is a quick and easy way to detect a UTI, with the app providing immediate results that can then be shared with a GP or healthcare professional.

“This data analysis demonstrates that there are a lot of concerned people out there who experience often painful and uncomfortable symptoms, but are unsure what’s causing them. It’s natural to go online and ask others what they think it could be to try and self-diagnose – but this approach should be treated with real caution.

“It could be a common UTI causing the symptoms people are experiencing, and the beauty of TestCard is that it provides people with a potentially faster route to the right treatment with results they can send straight to their doctor. So TestCard supports people with an, easy-to-use and private solution which can give an answer to their questions quickly.”

TestCard was born after a chat over Sunday lunch between two fathers. Dr. Andrew Botham PhD and Luke Heron. They were talking about medical tests and how people delay seeking professional help and saw a potential improvement in the way people could access healthcare removing the potential for delay in treatment. For many people across the world, it can be extremely difficult to access any form of healthcare and a quick and simple test could improve health outcomes for millions.

Retailing at just £10 for two testing strips and free mobile app (iOS and Android), the TestCard solution is both affordable and accessible – it will help optimise medical appointments and save both the patient and healthcare professionals time.

TestCard’s technology has proven to be more reliable than commercial dipstick reading devices, used in many hospitals and GP surgeries, after a pilot study with a major diagnostics company. The technology was put through its paces using numerous samples in various different environmental conditions against TestCard’s state-of-the-art reading technology and came out on top.

The testing kits will be available directly through the TestCard website for the launch period and the company is also in talks with high street pharmacies.

“It’s our aim to make testing fast, accurate and accessible for all. When you take a TestCard UTI test, the results screen indicates a clear ‘yes’ or ‘no’ and tells you if you need to seek medical advice. There’s no medical jargon or complicated numbers. The results are private and secure – you’re the only person who can decide if you want to share them with your doctor. Your doctor can then use the detailed numbers and analysis, which sit behind the results screen, to decide how best to treat you.”

TestCard has an ambitious product pipeline. Alongside UTI tests, it is working to develop tests for diabetic screening, pregnancy and ovulation, kidney function, drugs of abuse and sexual health.

5 Things to consider when buying a custom board game

Leading the Way: What Countries Use Solar Energy?

Spice Up Your Wardrobe with IKRUSH