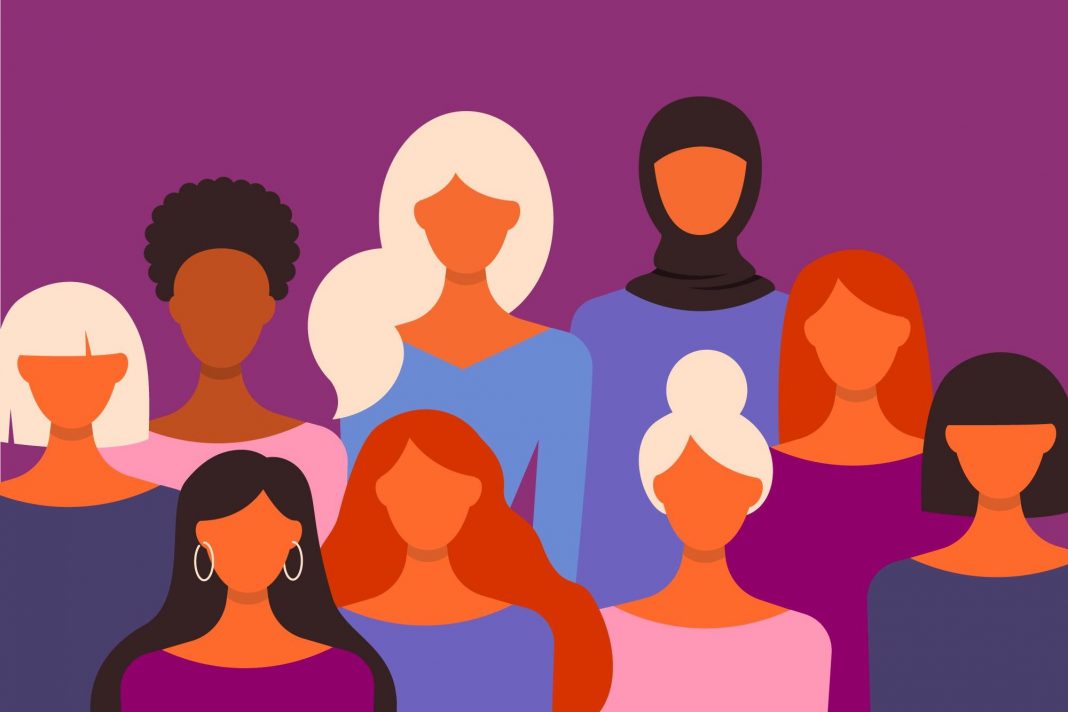 Three generations of top performers – including Renée Elise Goldsberry – star of the hit Broadway musical, Hamilton – delivered powerful performances to a virtual audience of 1,500 — for a timely cause: to raise funds to equip young women to become tomorrow’s business leaders. 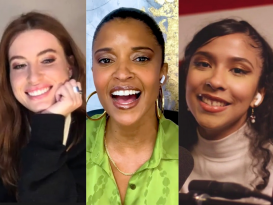 “My daughter is a huge fan of Renée,” said one attendee. “She was glued to her screen during Renée’s post-show Q+A. What a fantastic role model and you to Girls With Impact. What an amazing night. Bravo.”

Powerful themes emerged throughout the evening — to empower and inspire young women on International Women’s Day — and beyond.

Asked about the impact of her growing fame on her mental health, FLETCHER replied, “We all just think we’re not good enough.  We all feel that way and it’s such a lie…”

She later added, “I think therapy is sexy” – a comment clearly appreciated by her fans.

Teen girl CEOs were interviewed by NBC’s Hoda Kotb, talked about their ventures and the impact of Girls With Impact’s live, online business program.

Hoda was equally impressed by these teen CEOs, saying “I am blown away by all of you.”

Jody Bell, now in college, said she’d been “transformed” by the business training at 15, leading her to launch an organization – In Case of Deportation – and land a $20,000 scholarship.

“I was that girl who sat in the back of the room,” said Bell, now 19. “Now, because of Girls With Impact, I know how to pitch my idea, build partnerships and not go it alone. I’m who I am because of that program.”

In a post-concert conversation, Goldsberry revealed that she was on the waiting list for one performance that later came through.

“I remember being at an audition for Carnegie Mellon University, and feeling like I’d been lied to my entire life because everybody there was more talented, more prepared and more experienced — I didn’t know what I was going to do, my head just sunk into my chest — but by the grace of god I got into the school on the waitlist.”

“My advice is to not say no to yourself, or be blinded by all of the reasons you shouldn’t be able to do these things — and be focused on all of the good you’re going to do if you have an opportunity to do it.”

Jennifer Openshaw, CEO, Girls With Impact – who has appeared on Oprah dispensing financial advice for women – said she, too, had been on a waitlist for a scholarship that, ultimately, came through.

“Rejection doesn’t mean you can’t be successful,” said Openshaw. “It’s part of the process.  That’s what we teach these young women.”

Asked about what she loves most about being a woman, Goldsberry answered: “The power that comes with creation and being in a line of powerful women — there is bro love but there is nothing like sister love.”

The benefit concert was held to raise awareness for the continuing gap in women in business, which is critical for young women to develop at a young age.

All funds raised from the concert will be used to equip under-resourced girls with Girls With Impact’s impactful training programming.

Girls With Impact is the nations’ only live, online business and leadership program for young women 12-18.  Recently featured in the New York Times for its innovative education approaches during the Covid pandemic, the online mini-MBA equips girls with the tools, confidence and skills to be tomorrow’s business leaders, entrepreneurs and innovators. Watch this.

How to Style your Home Interior to Improve Wellbeing