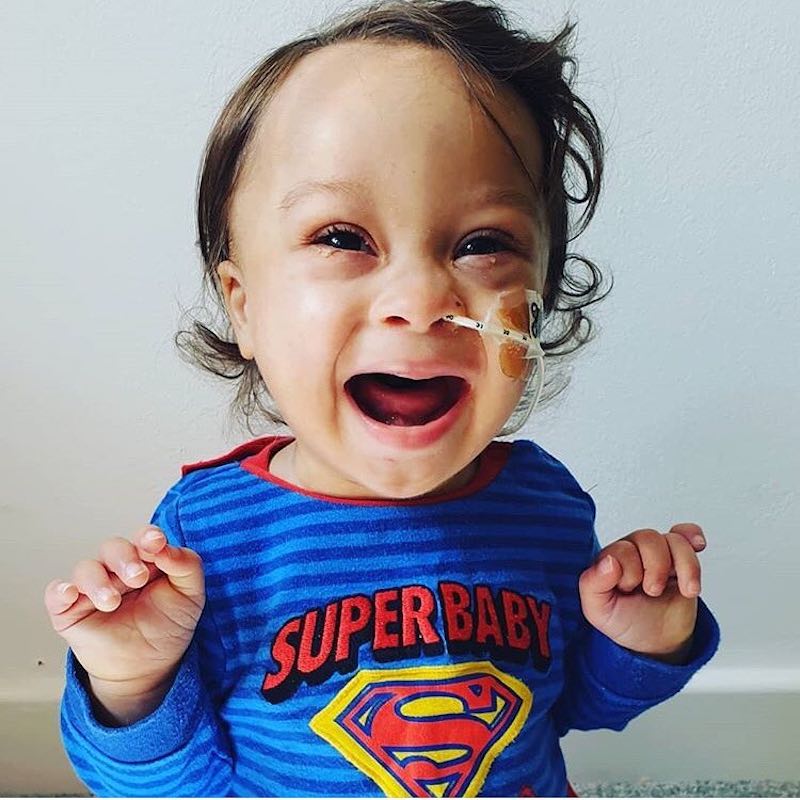 When babies are born prematurely it goes without saying that they require specialist care, from specially trained medical staff. In addition, many of these babies need treatment for their jaundice in the first couple of weeks after birth. These tiny and often sick babies require phototherapy as well as close monitoring of their core temperature as part of this treatment.

The neonatal department in Winchester Hospital was delighted when the charity New Life Special Care Babies was able to fund three biliblankets costing £12,000. 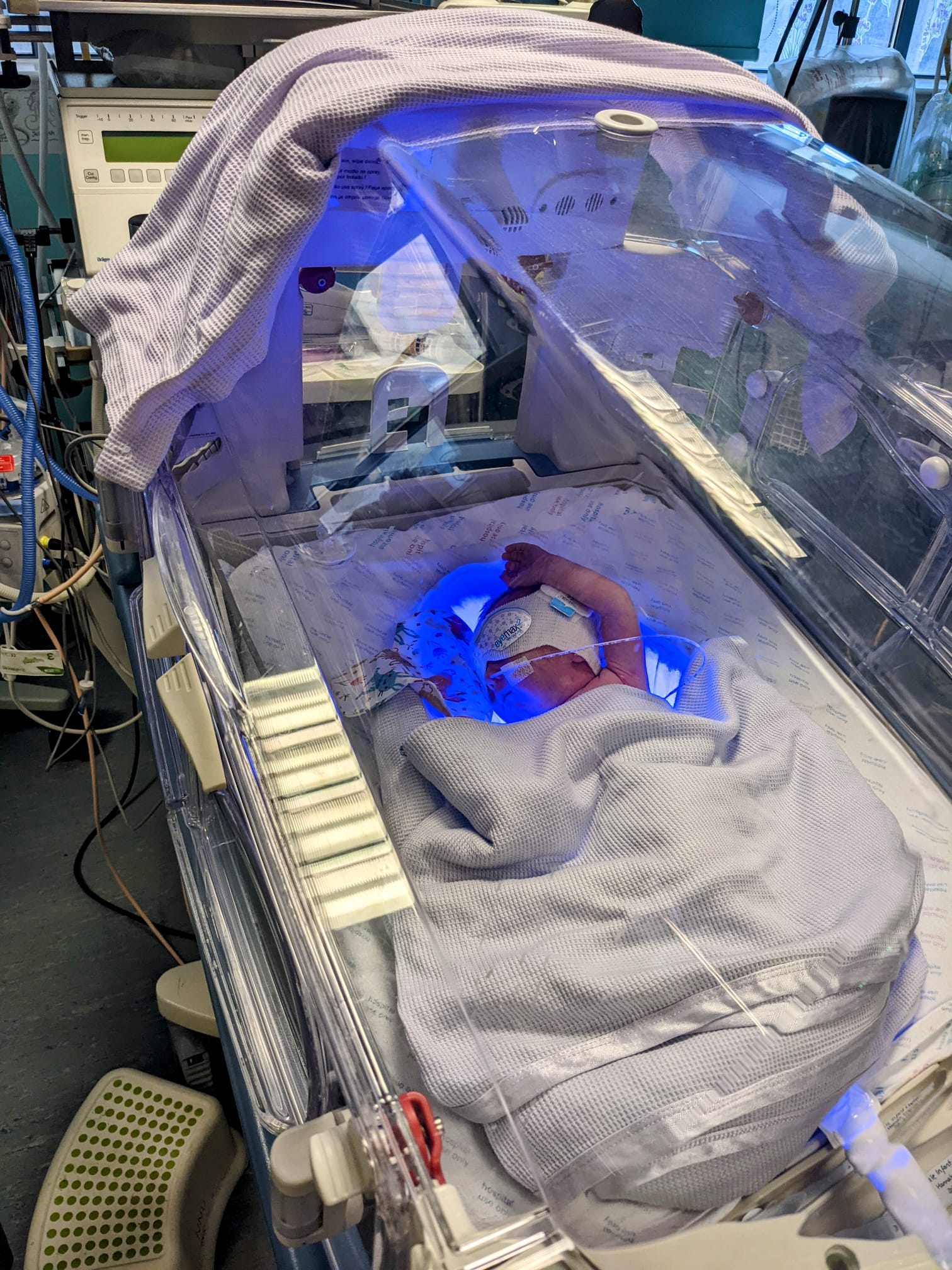 These blankets make an incredible difference to parents and babies. The blanket allows the baby to be cuddled whilst still being treated. The baby also feels reassured by being wrapped up and warm. The unit already had one biliblanket but receiving three new ones was described by Neonatal Team Leader, Raewyn Twaddle as ‘the missing step in our plans for providing phototherapy at home for more stable jaundice.’

CEO of New Life, Trevor Goodall was contacted by Winchester Hospital in early January. He then set the wheels in motion and arranged for the blankets to be ordered.

“We are really excited at the prospect of providing phototherapy at home,” said Ms Twaddle. “Parents get to have their baby treated at home without the disruption of a long hospital stay. Having these blankets gives families so much more choice. Working with New Life has been incredibly straightforward. I can’t thank Trevor and New Life enough.”

Mr Goodall said “I was delighted to be able to help after I received the call from staff on the neonatal unit. I have built up very close relationships with suppliers over the years and can usually make the call, place the order and deliver the item within a very short space of time. I know what a difference these blankets will make to parents and their tiny babies.” 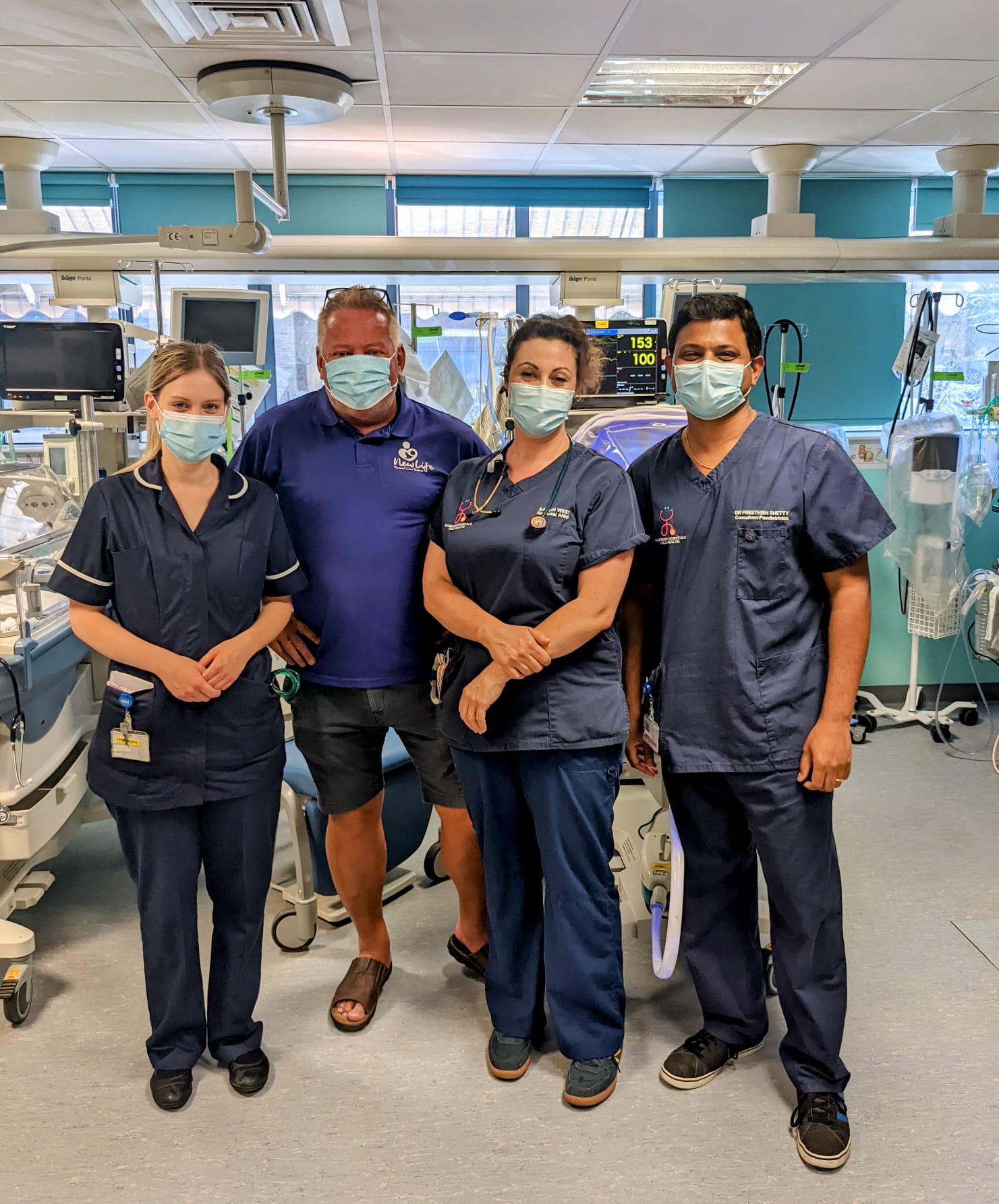 Trevor visited the Neo-Natal Unit in Winchester in July 2022. He met with Preethish Shetty, Neonatal Consultant, Sarah West, ANNP, and Becca Doo, Sister. He also met with parents Nicola and Stuart and their daughter Skye. Skye was cared for for some time on the unit having been born at Basingstoke Hospital eight weeks early. The family were delighted to have the chance to visit the unit again where their daughter had been cared for and to see how the charity continues to help more premature babies by providing much-needed equipment.

New Life Special Care Babies was set up 26 years ago by Mr Goodall when his twin boys were born prematurely at 24 weeks but sadly died a week later. A ‘one off’ charity golf day then turned into regular fundraising events, and so the charity was born. In 2021 it reached the huge milestone of £ 1 million which has helped thousands of families and numerous hospitals across the UK.

The charity has a full calendar of social events and sporting challenges throughout the year. Vital funds are also raised by individuals, corporate sponsorship and regular giving.

“Without this ongoing support from families, businesses and neonatal staff around the UK,” said Mr Goodall, “the charity would not be able to make a difference to the lives of so many premature and very sick babies.”

The charity would love to hear from any other families or medical staff who have benefited from their equipment or who would like to organise an event or challenge to raise money. 2022 is set to be an important year too, as the charity is hoping to find a well-known or influential figure to come on board as its Ambassador.

How are Parental Apps Safe?

Want a Covid I Do-Over? Plan a Wedding in 30 Days