Consumers are inundated with advice on how to dry laundry and save money during the cost of living crisis, but not all of this advice considers the hidden costs for households, states Chris Michael, home air treatment expert and managing director of Meaco.

With more challenges rising from the increased cost of living and a jump in the electricity unit price, there is a wealth of advice available to households around how to save money. While much of this advice offers valid alternatives to running energy hungry appliances in the home, not enough of it considers the challenges that many of these alternatives will present to consumers in the medium to long-term.

As a result, some common myths are appearing which can be misleading for consumers.

Many of us are aware that one of the most energy hungry devices in the home is the tumble dryer, with a laundry load costing around £2 to dry. Alternatives to using the tumble dryer include drying clothes naturally on a clothes horse, a radiator or on the back of chairs. These options will be fine initially, but many don’t realise that over time it can introduce problems and incur additional costs.

The moisture released by the clothes as they dry will stay in the air, meaning that wet washing will take increasingly longer to dry – especially as households may be keeping windows closed to keep precious heat in. Increasing moisture in the room’s air can cause condensation and mould issues. This will be evidenced by water on the windows (condensation), a musty smell, and cause damage to wallpaper, carpets, furniture, and windowsills – all of which will cost to fix.

Eventually the room itself will become so damp that the clothes will not dry and will have to be rewashed because they have started to smell: more money wasted. Damp air is also more expensive to heat, so any heating system will have to run for longer to heat up the room.  It is much more efficient to heat dry air than it is to heat damp air.

If there is damp and mould in the home, it’s likely to contribute towards respiratory problems, respiratory infections, allergies or asthma (caused by mould spores and dust mites in particular). Damp and mould can affect the immune system, especially for the young and old.

Myth #2: Opening windows will solve any problems with moisture

Advice around opening the window when clothes are being dried suggests that the damp from the clothes will disappear out of the window. The detail behind this approach depends on fresh air coming in from outside on a day when it is colder outside than inside, and the outside air is therefore warmed and dried.

In the UK during September and October, opening a window wouldn’t have helped as temperatures were so mild. The level of relative humidity in the house would have just increased and mould could grow.

While the method of creating an air exchange may not create a damp problem, it would need two windows open to have an effect which would create a cold draught. This then likely leads to households using their heating more to keep the space warm and losing expensive heated air out of the open windows, wasting both energy and money. On rainy or particularly cold days, households would be forced to decide between a warm house and drying laundry.  It is not a pleasant or financially sound solution.

Myth #3: Dehumidifiers are a false economy or expensive to run

Households need a solution to drying washing indoors without using a tumble dryer, keeping the warm air in and without creating a buildup of moisture in the air. The solution is a dehumidifier which will dry clothes faster and prevent condensation and mould.

Some advice available for consumers states purchasing a dehumidifier is a false economy, as the appliance costs to buy and costs to run, but usage can be capped at a mere 150-200 watts (the equivalent of five or six pence*) per hour. The cost of buying and running a dehumidifier can heavily outweigh the costs of removing and repairing any damp damage to a home.

A dehumidifier will not only dry washing, but it will also protect the whole house from damp and condensation problems and one with a HEPA filter will also clean the air. As dry air is cheaper to heat than damp air, a dehumidifier will help households save on heating bills. The energy that it uses will also heat the space, so there are many gains all round.

Sometimes we have to spend a little money to save a lot. As the weather gets colder and pressure on budgets continues to ramp up, it is critical that consumers make the right purchasing decisions for their needs.

For more information to help with purchasing energy efficient appliances, take a look at the Meaco cost saving guide.

*based on costs of electricity in UK, October 2022 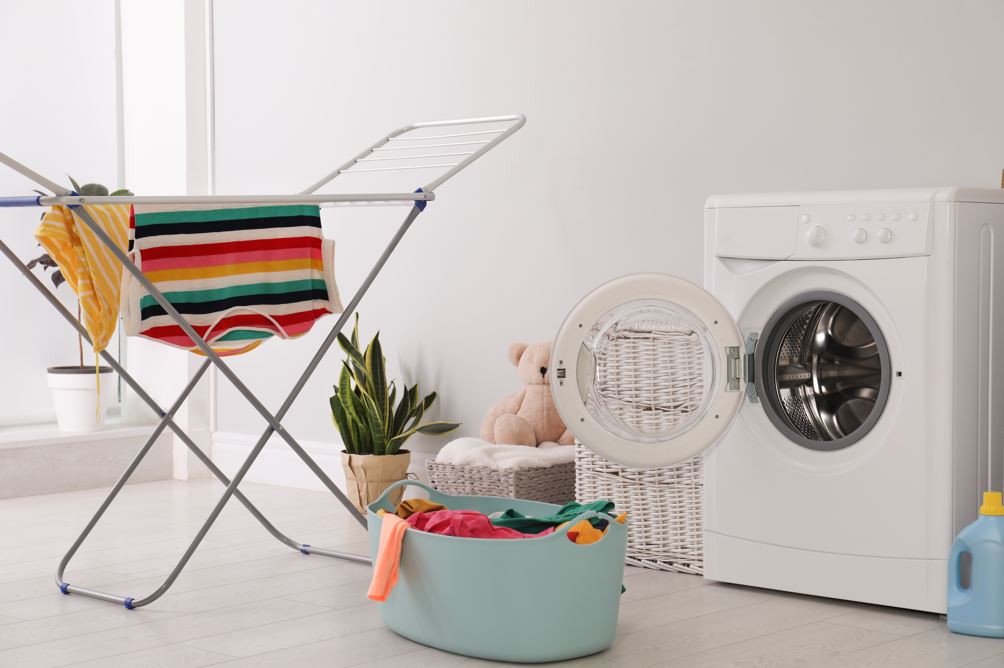 Chris Michael started working in humidity in the late 1980s and founded Meaco, which he launched over 30 years ago with his wife Michelle. Meaco’s in depth knowledge and DNA comes from extensive work with Britain leading museums and historic houses monitoring and controlling the environment, and in conjunction with the Victoria and Albert Museum in London, the company developed the world’s first radio based environmental monitoring system. Meaco’s focus for the past 17 years has been on domestic air treatment products which can be found in every major UK retailer. Due to his expertise, Chris is invited annually to lecture on the subject at the British Library to help the current generation of museum and archive conservators.

Established in 1991 Meaco is a leading air purification specialist with products including award-winning dehumidifiers, cooling fans, air purifiers, portable air conditioners and humidifiers. Meaco is a winner of multiple Which? Best Buy and Good Housekeeping Institute Tried and Tested Awards, and has achieved the Quiet Mark status for a number of products. It has also won an award from Stiftung Warentest in Germany for its 1056 and 1056P fans.

The True Cost of Hard Water

Home Upgrades and Improvements That Really Pay Off

The Most Wanted Shoes At IKRUSH

The Science Of Fighting Fat For Good