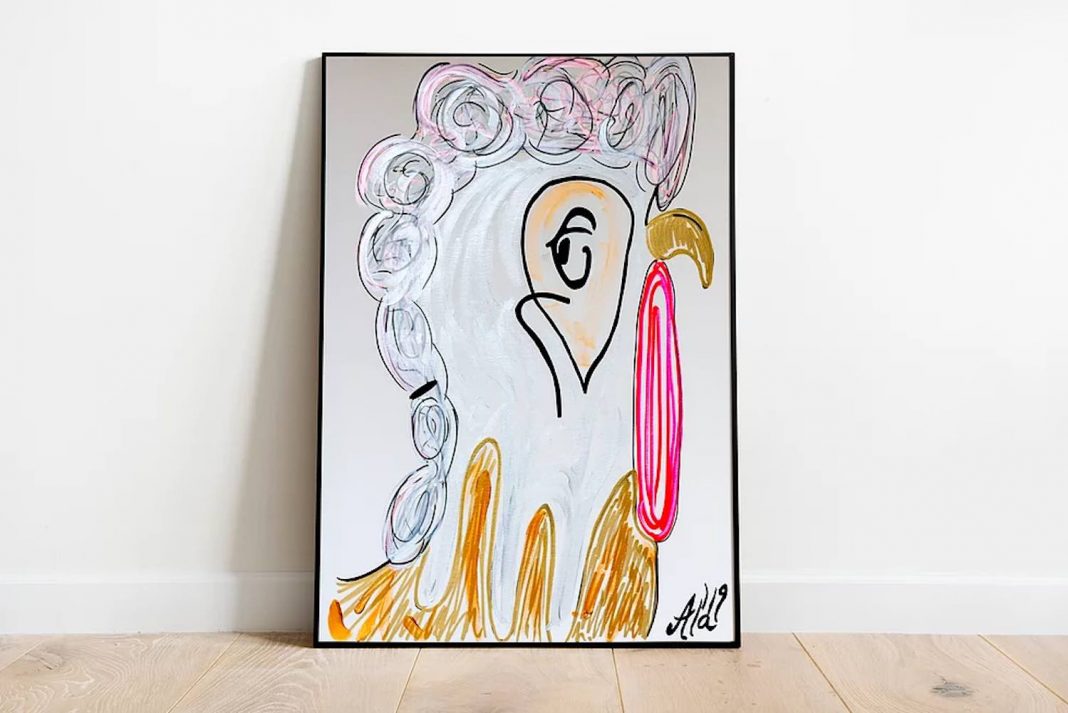 Move over COVID-19, Alicja Hlibowicka’s bright and colourful bird art is ready to reinvigorate 2021 with positivity. Currently settled in Luxembourg, she has found a niche in her work that is as vibrant and fun as her own personality. Her roosters and chickens are displayed in bright, energetic and reflective images, each with their own distinct character.

Alicja hopes people who see her art will enjoy the colourful, fun elements and tap into the more rounded characters she gives her birds. In fact, the artist stumbled upon her art-form by accident, after looking for an animal that represented a close friend. 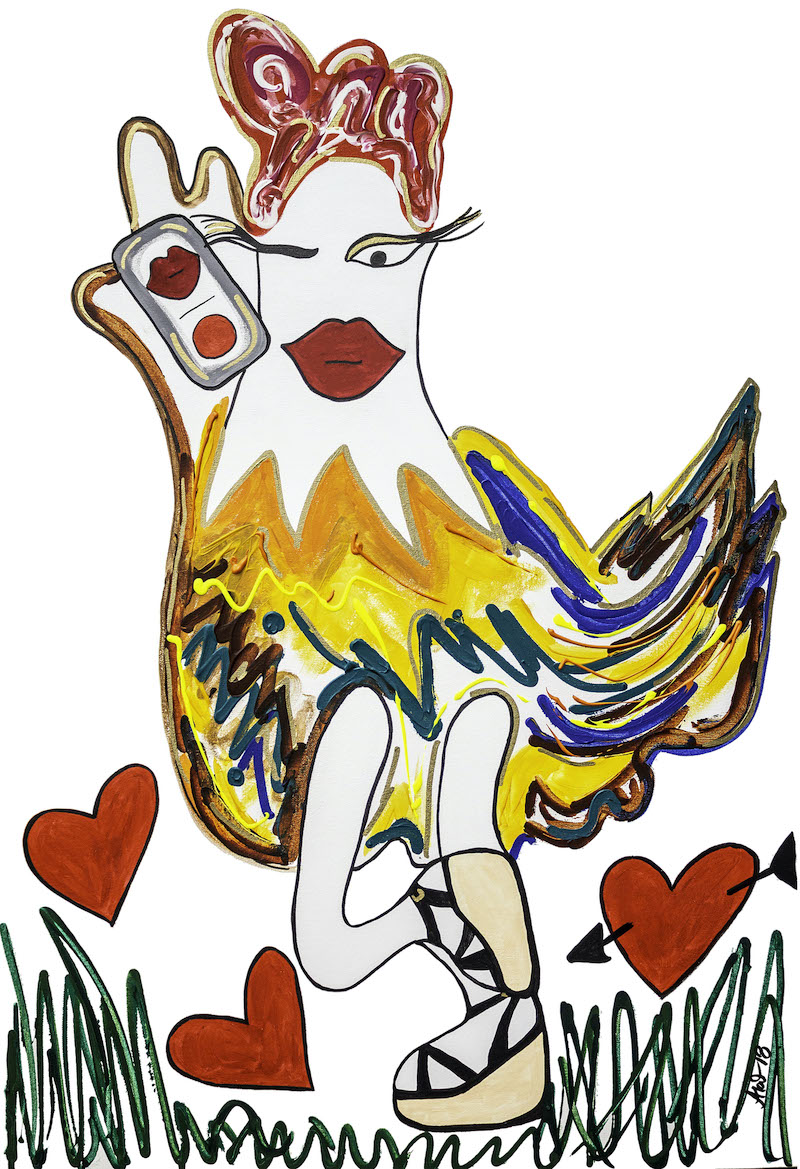 “My friend David is such a distinct, flamboyant character – I knew there had to be an animal that reflected his personality. A rooster seemed the perfect fit. These animals are proud but colourful and form such a part of our culture that it was easy to start seeing how I could paint other people and icons who have influenced me as roosters and chickens.”

Ever since the history of mankind, roosters have symbolised so much: observance, masculinity, bravery, honesty, prudence, pride, strength, positivity, enthusiasm, and sexuality, all things that we as humans look for. But what is defines Alicja’s work is from others, is the story element which plays a vital component to her inspiration and final work. Often, this is reflected through a vignette of the real person’s life which she captures as a chicken or rooster (i.e. woman or man). Alicja also incorporates everyday items into the rooster or chicken’s universe that is identified with the original subject. In her original artwork for David for instance, the real person was rarely without a cigarette, Alicja just could not paint the rooster any other way but with a cigarette between his beak. 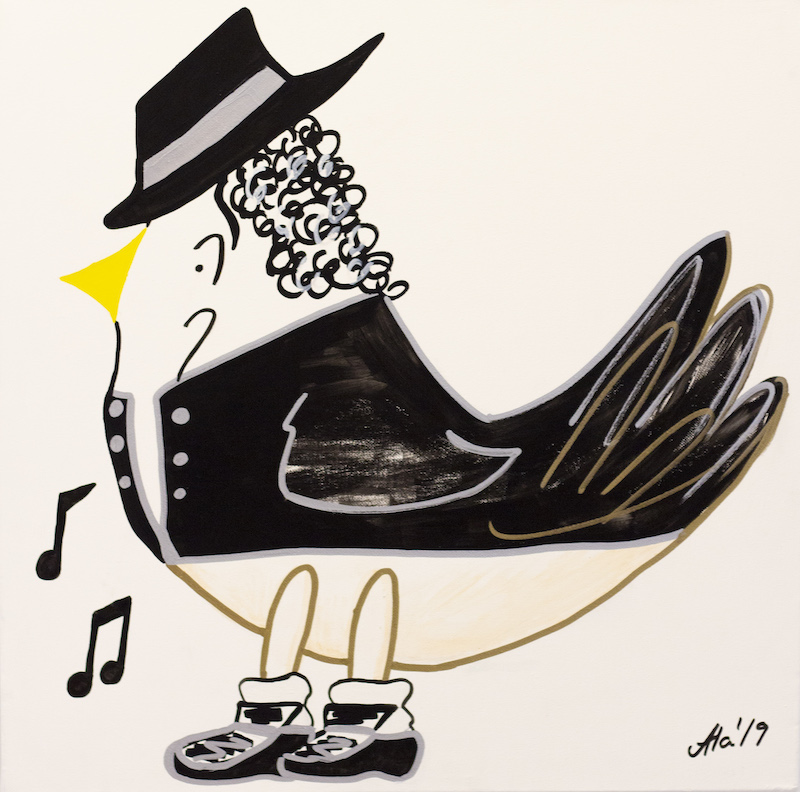 Since the first painting of David, Alicja has now a collection of over 15 originals based on friends’ colleagues, idols and icons, all themed as roosters or chickens.  Her work has also expanded to LED and neon lamp versions, which have become favourites among her followers on platforms such as Etsy and Instagram as well as the attendees of her two art exhibitions held in Luxembourg before COVID-19. The lamps are as brightly coloured as her original art which inspired them.

“My painting ‘David’ is so popular I turned him into a LED version lamp, which shines beautiful colours. The colour, positivity and optimism told through my art would hopefully lift anyone, especially in these days where there have been so many restrictions on life.” 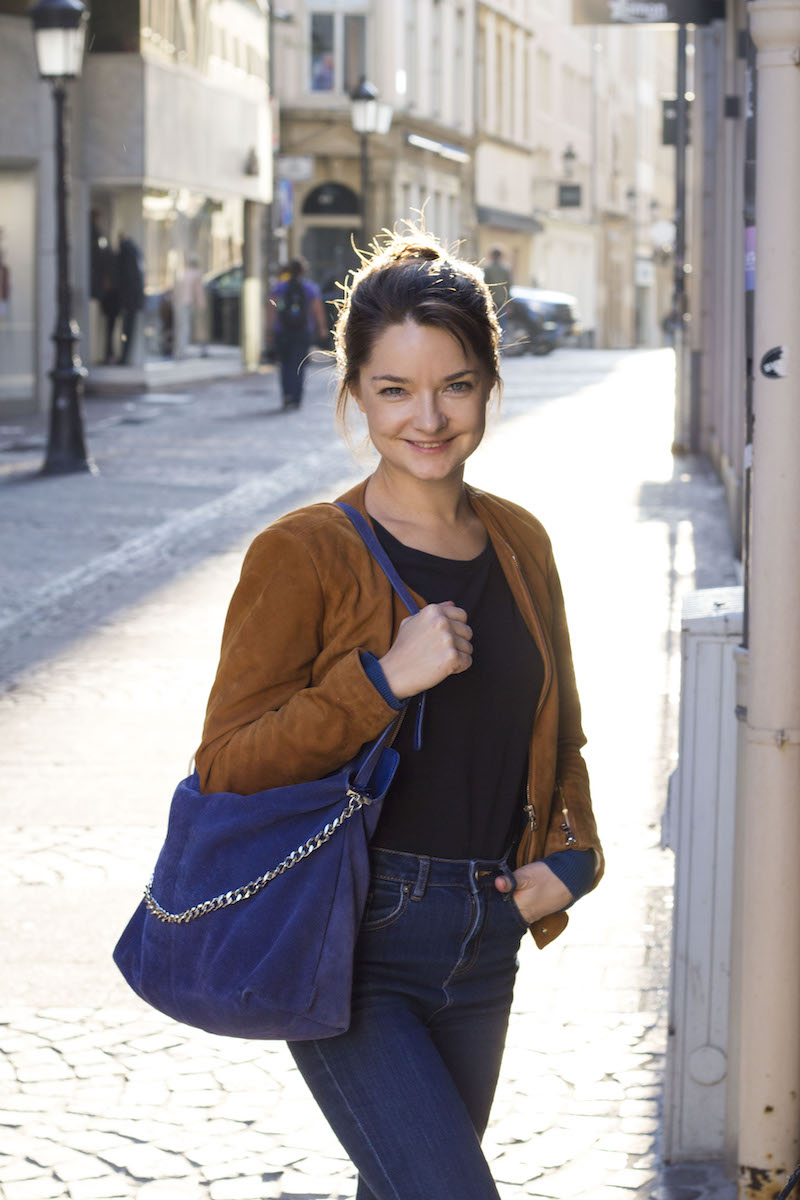 Alicja Hlibowicka is an emerging artist and the founder of Roosters and Art. She creates contemporary rooster art. She also works for a European Institution. Born in Tunisia to Polish parents, Alicja was raised in Canada. She has been painting for fun since she was a young child. 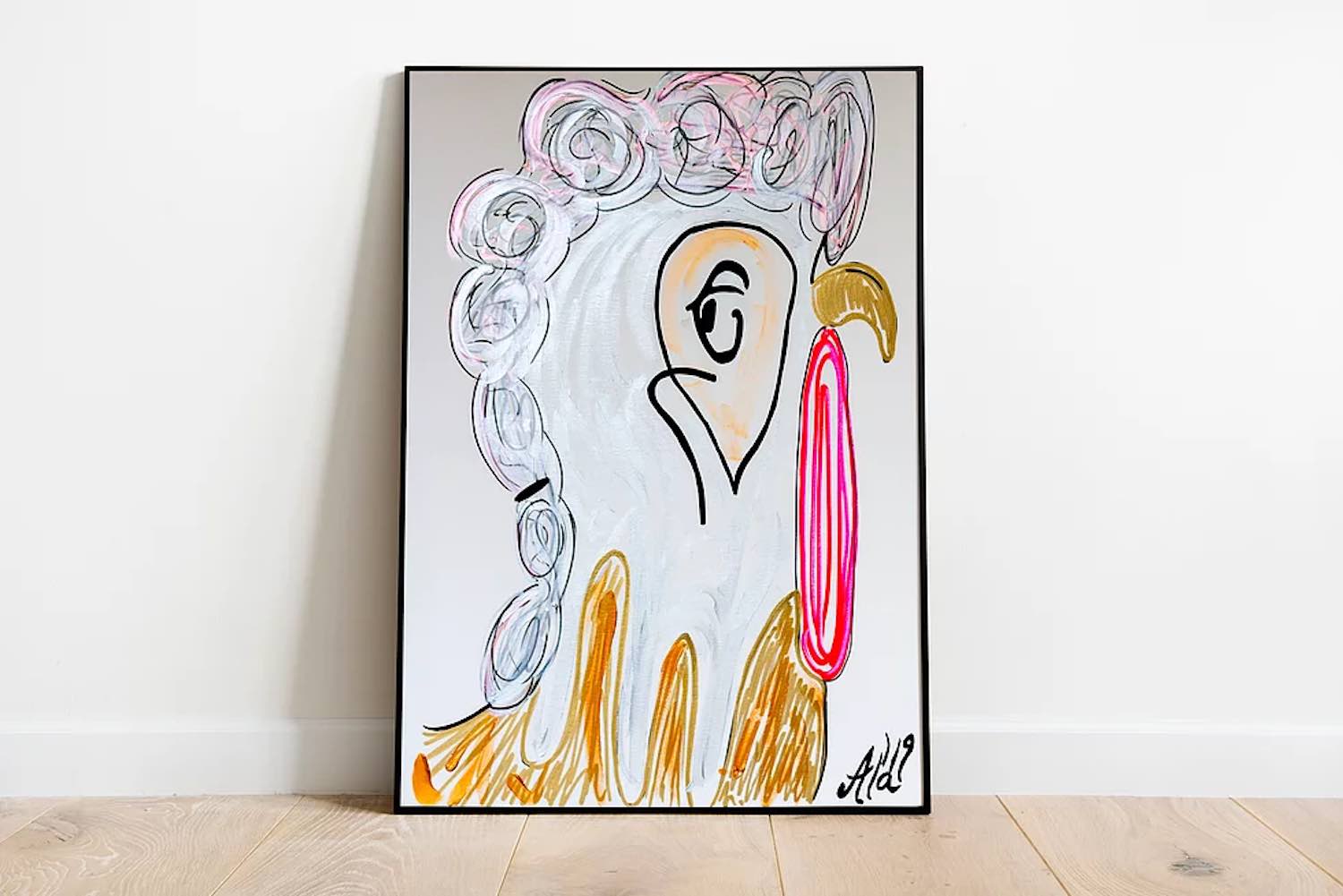 Alicja first created an art collection during secondary school. Later as a student, she continued to paint based on her mood and inspirations in life. She is chiefly inspired by people’s personalities, fashion and colours. Her art depicts animals that emit human psychology. Alicja keeps it fun and colourful so it emits good energy.

From side hustle to full time business