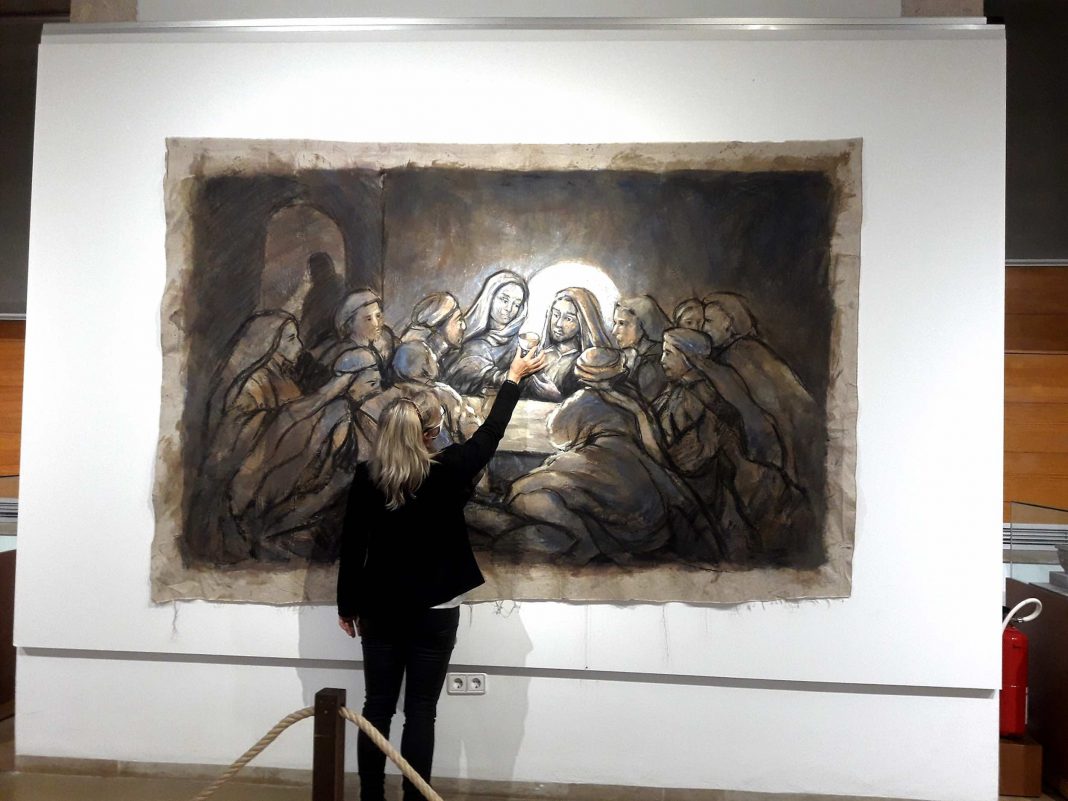 For the first time after 1,700 years of history, an iconographic motif from Paleo-Christian painting is recovered: a woman carrying a blessing glass to an Easter table.

The award was presented last Friday, November 20, by award-winning novelist Javier Sierra, (Planet Award 2017 for his work ‘The Invisible Fire’) in the context of the celebration in the municipality of Massamagrell (Valencia) of the First International Congress Dissemination and Journalism: The Way of the Holy Grail.

Valuing women and their decisions through the performing arts, the world of communication and art in general is an exercise in courage and social responsibility. 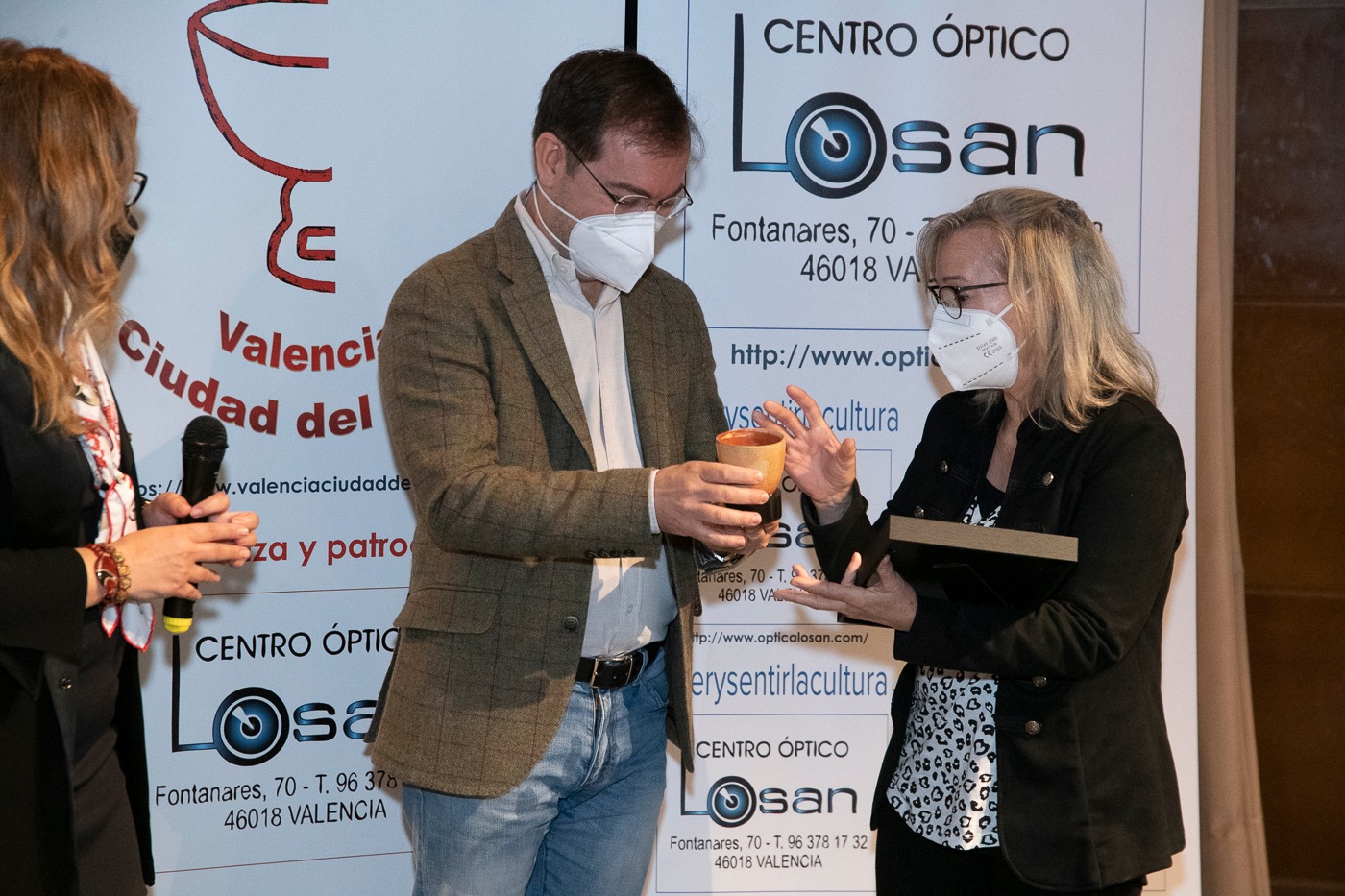 “Women should value themselves more and not compete with each other, social coexistence would empower the feminine gender within its values that make it unique and special (sensitivity, empathy, generosity, kindness and justice).”

The third edition of the artistic recognition Valencia, City of the Grail, continues with the willingness to put value in the work done by artists and communicators who transmit in their works, in their performances and in their agendas a respect and an intelligent way to validate women in society.

It is an artistic recognition that aims to thank women for their contribution of light and love and the way they create and perform via artistic, musical, interpretative or communicative media.

Receiving this award means that internationally the most outstanding work that has transcended the social networks as an instrument of criticism and analysis, without forgetting to forge a professional career, has been valued in a feminine capacity.

Only those women who have demonstrated a capacity to transmit values beyond those necessary in the construction of their interpretations or their plastic arts work can opt for this recognition full of light and love for what the symbol that gives it its name represents: Valencia, City of the Grail. 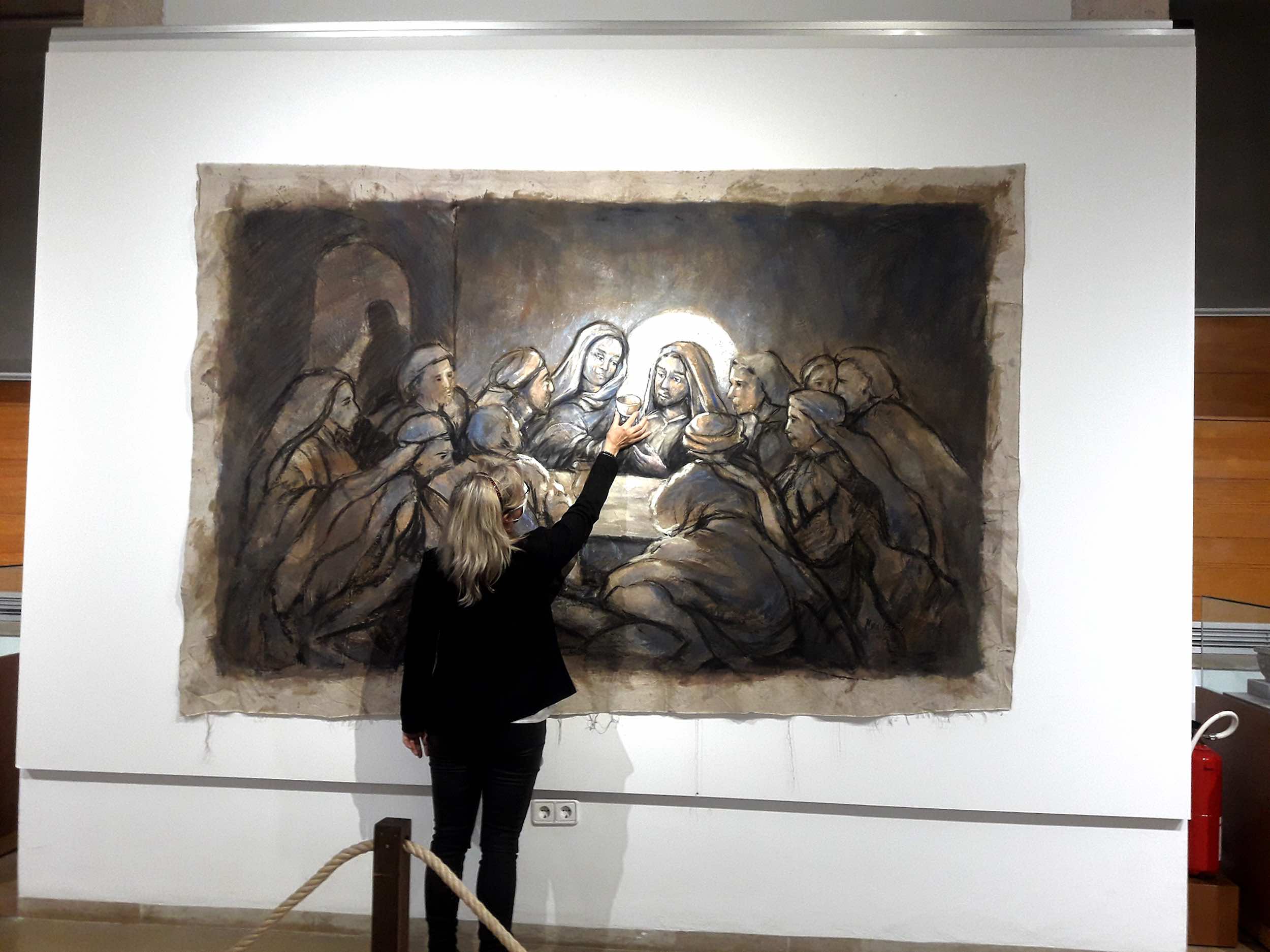 Dr. María Gómez Rodrigo has been a pioneer in recovering the figure of the woman within the theme of the representations of the “Last Supper” or what is the same, the recreation of the memory of Jesus.

The presence of women in Paleo-Christianity is a verifiable fact. Proof of this are the innumerable representations of both men and women in the frescoes of the catacombs of the city of Rome. These frescoes have come down to us for various reasons to bear witness to the important role played by women in the early days of Judaeo-Christianity.”

From Valencia, the artistic recognition ‘Valencia 2020-21, City of the Grai’ has been delivered within the programme #verysentirlacultura del ‘Centro Óptico Losan’ to Dr. María Gómez Rodrigo. In gratitude for her vision and courage to place again, the woman with Jesus, in plastic arts representations, following the Roman Christian tradition.

In addition, she has been designated by the Board of Directors of the Cultural Association El Camino del Santo Grial to be the plastic artist who represents both the proto-history and the trajectory of the Holy Chalice of the Cathedral of Valencia, which is also the Holy Grail. The most sought-after relic of the Western Middle Ages.

In this second Jubilee Year of the Valencia Cathedral, it is a true joy to focus the theme of this third edition of ‘Valencia 2020-21, City of the Grail’ on the Paleo-Christian woman who serves the Easter table.

Dr. María Gómez was invited to present the world premiere of her work on the Holy Chalice and its proto-history. The journalist, writer, novelist and popularizer Javier Sierra, Member of Honor of the International Scientific Commission of Studies of the Holy Grail, together with its president, Dr. Ana Mafé García, presented this artistic recognition after learning about the magnificent work of Dr. Gómez.

The Power of Blueberries – for your FACE!

The CDC on CoronaVirus: Wash Your Hands