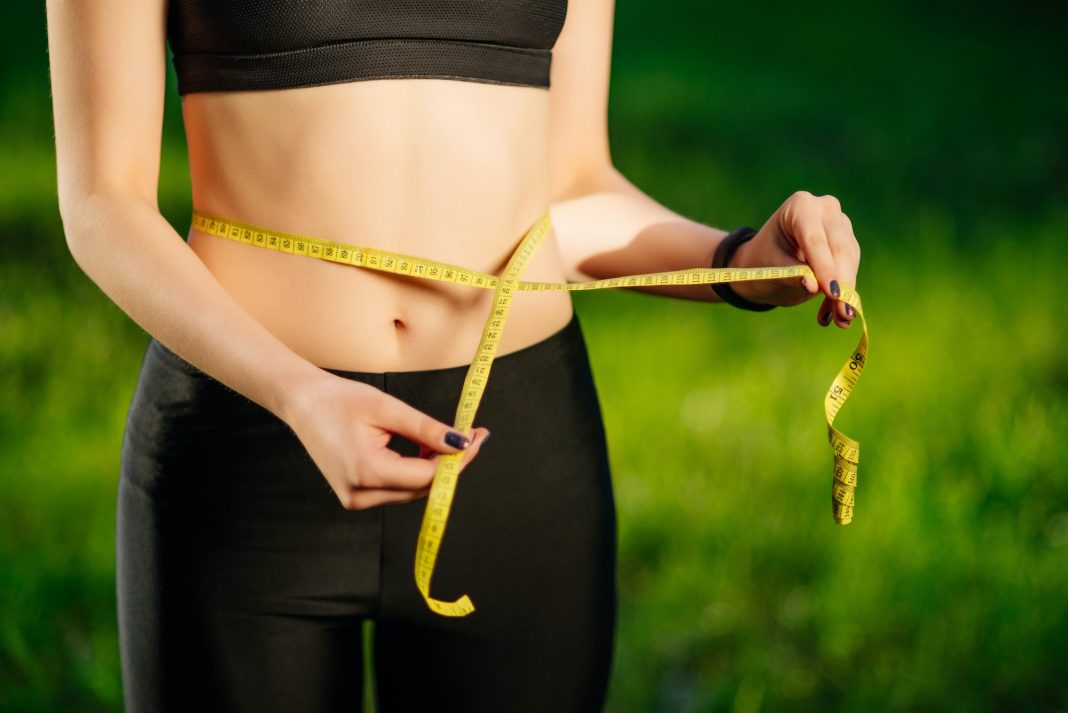 When Anita Whelan decided to lose weight back in April 2018, she was determined it would be for the last time. “I’ve always been a bit of a yo-yo person,” she explains. “I’d get to 10½ or 11 stone, go on a diet, lose half a stone, then go back to my normal routine.”

Things changed in 2006 after Anita got divorced, and her weight gradually crept up and up. “Once I was living on my own and living to my own schedule, I stopped cooking proper meals and didn’t really think about looking after myself. I found myself picking at food and drinking more. I’d easily get through half a bottle of red wine a night, sometimes more – that was the big problem in terms of weight gain for me. The number of bottles in the recycling would pile up into a heap!”

Between 2006 and 2018, Anita went from a size 16 to 22. “I just kept going up a size – it was so easy to do,” she remembers. She moved to her current home in the New Forest in 2016 to be closer to her parents as her mother had dementia. “I wanted to be able to visit my mum every day to help her remember me.” It also meant that everyone in her new home only ever knew her as being large.

“It was a real lightbulb moment for me”

One day, while trying on clothes, Anita realised that size 22 was getting too small. “Size 24 just seemed really big. Most shops stock size 22 but for bigger than that, you have to go to specialist places. I thought how annoying it would be if I had to buy a whole load of new clothes again. It also made me wonder how much I actually weighed. I stood on the scales and was shocked at how heavy I was. It hit me for the first time, like a thunderbolt, that if I didn’t do something about this now, it would just get worse and worse. I realised that I’d been lucky to get to this stage without any serious health problems. It was a real lightbulb moment for me.”

It didn’t take long for Anita to take decisive action, and she signed up to GetSlim, then called Rosemary Conley Online, immediately. She also decided that this would be the last time that she was going to lose weight. “I resolved that I would learn how to keep it off and not put it all back on again,” she says.

Despite admitting that she’s not very good with technology, Anita found the site incredibly easy to use. “I followed the Amazing Inch Loss Plan for Vegetarians and it was so easy. It was all there online – I followed the plan exactly so I could just log my calories each day in the food diary according to the meals I ate. I didn’t have to worry about counting calories myself. I’m not a computer person, but I found it really simple to use and straightforward.” 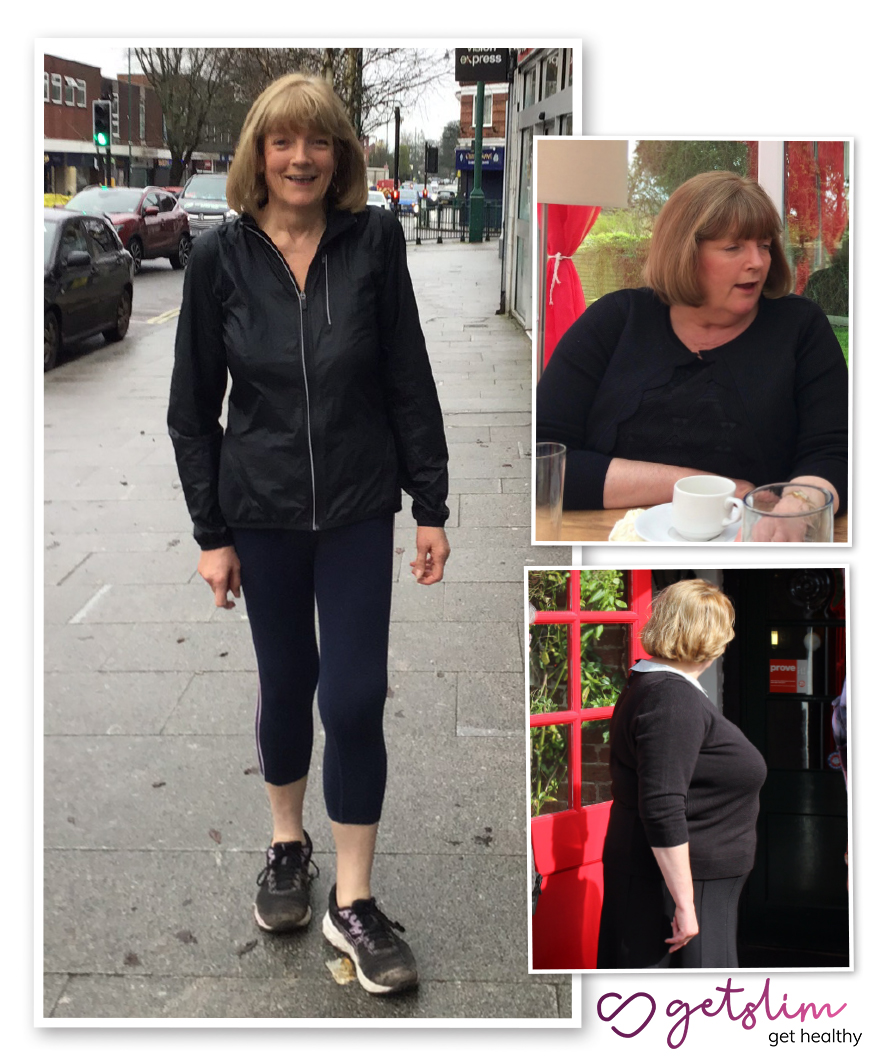 As well as the eating plan, Anita found many of the site’s features very useful too. “The articles are so helpful and the recipes are fantastic. The site is just brilliant. I’m still a member of GetSlim now and won’t give it up – it keeps me on the straight and narrow!”

Anita also enjoys connecting with other GetSlim members online. “I want to encourage other members, especially if they’re over 50, that they can lose weight whatever their age,” she explains. “I encountered a lot of negativity from people when they found out that I was trying to slim down. They all said that, at my age, I would find it really difficult to lose weight, and that it would all go back on again.”

“I lost over eight stone in less than a year!”

In fact, Anita lost weight at an astonishing rate. “I lost over eight stone in less than a year!” she exclaims. “I lost one-and-a-half stone in the first month, and had lost two stone after seven weeks. I stuck to the plan religiously and never had a week when I didn’t lose weight. I originally planned to get to 11 stone, then I got to 10, then 9st 8lbs became my first target weight, then I got below that!

“Six months in, I’d lost a fair amount of weight. I was wearing my first pair of jeans and a bright yellow jumper. I went to visit my mum and she said, ‘Don’t you look lovely, especially now that you’ve lost all that weight.’ It was as if I had my old mum back again. I was so pleased.”

As well as following the eating plan, Anita made two other big changes to her lifestyle. The first was tackling the amount of wine she drank. “I completely knocked the drinking on the head,” Anita says. “That was a really big part of it for me. It wouldn’t occur to me to have an alcoholic drink at home in the evening now.”

“I got a Fitbit after joining GetSlim, and after that, I was away!”

The second big change was exercise. Anita used to be very inactive, with a sedentary office job, and just taking her dog out for three 10-minute walks each day. “The first thing I did was take my dog for longer walks. I went out every evening. The New Forest is just up the road from where I live, so I was able to do some lovely walks through it. I was absolutely knackered during the first few weeks and ached all over, but I forced myself to carry on and it became easier. I got a Fitbit after joining GetSlim and invested in some walking shoes, and after that, I was away! It was another big turning point for me.”

After she’d mastered walking long distances regularly, Anita took up running as well. “My firm signed up for a charity fun run in the summer of 2019, not long after I had lost all the weight. I agreed to do it, then realised I needed to see if I could run! I knew I could walk a lot, but I wasn’t that fit. I went out around the block the first time and was gasping for breath. But I built it up, and now I have a six-mile loop through the forest that I run five times a week. It added an extra dimension to my exercise. I was never a runner before, and it’s something I never thought I could do, but now I love it.”

After reaching her target weight of 9st 8lbs, Anita tried GetSlim’s Fasting Revolution Plan – and another stone dropped off. It involves eating in an eight-hour window, and this is how Anita continues to eat now. “I chose 11am to 7pm as my window. It works for me as I’m not a big breakfast person – I just have a cup of coffee after walking the dog. Then I take something healthy to work with me and have it there for lunch.”

“Do I feel different? Oh my goodness yes!”

Since losing weight, Anita has noticed huge changes. “Do I feel different? Oh my goodness yes!” she laughs. “I used to have really bad knees. I would struggle up the three flights of stairs to work; now I race up and down them. I thought I’d need knee replacements one day; now there’s no sign of that. I don’t have any aches and pains. I never thought I would be the sort of person that I am – someone who runs everywhere.

“I’m also far more confident than I used to be. I don’t put up with any rubbish, and I’m more assertive. I used to be such a people pleaser.”

As well as the health benefits Anita enjoys since becoming slimmer, she admits that she loves the comments she receives. “People say how tiny I am. No one ever referred to me as tiny before!” She chuckles over a time at work when a client who hadn’t been in for a while came to see her. “She said, ‘I hope you’re not going to be offended, but I didn’t know I was going to see someone else. I liked the other lady, the big lady.’ When I said I was the big lady, she was amazed!” 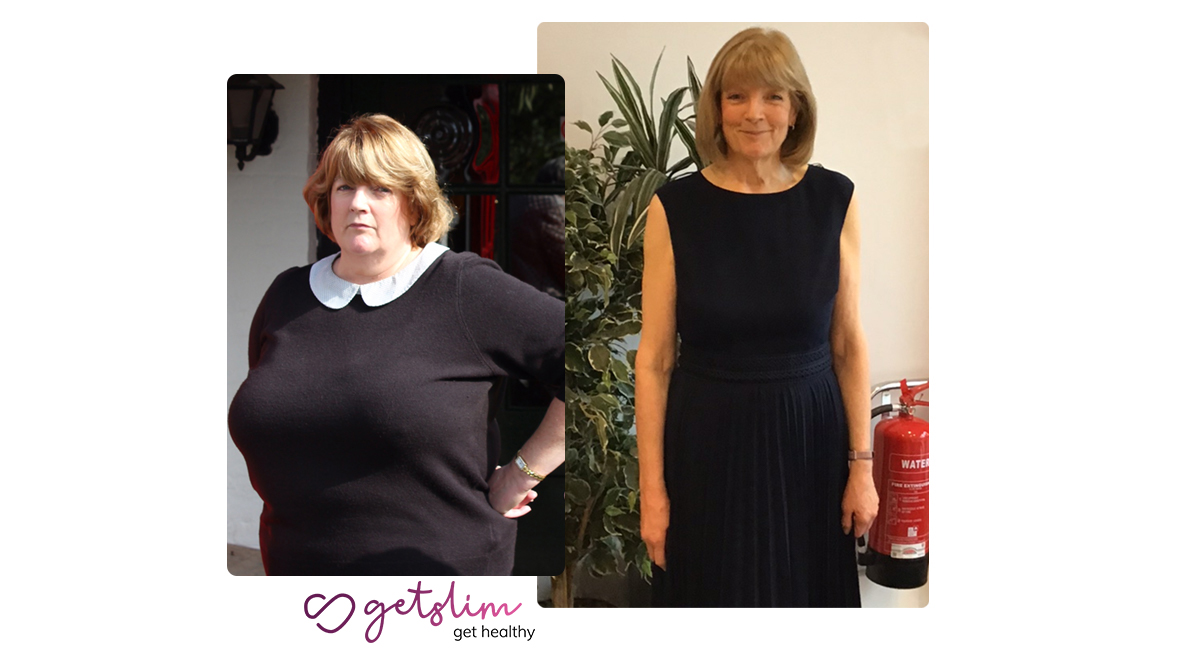 Shopping is now a real treat for Anita too. “I went to John Lewis to buy a whole new work wardrobe and spent a fortune. I took a pile of clothes to the changing room, tried them all on and bought everything! It felt fantastic. I love shopping at Hobbs too, and it’s so nice to go in and be able to choose anything I like now.” As part of her resolution not to let her weight creep up again, Anita gave away or recycled all her big clothes. “My weight has fluctuated a little, but I’ve learnt to be sensible about it now and do something before it gets too late and a whole stone goes on. GetSlim really helps me with that; by recording my weight each day, I can keep a check on it.”

“I am so happy I decided to do this!”

For Anita, getting fitter and slimmer was her motivation, rather than focusing on reaching a specific weight or size. “I knew if I didn’t do something, I would get ill and I couldn’t afford that! The benefits that came out of it, like being able to run six-mile, were fantastic. I never thought I’d be able to do that and I love that I can.

“I feel very calm and happy now that I’m slim. I’m an energetic person, full of life. I love my life and love my job, and I’m so happy I decided to do this!”

Anita’s Top Tips
Know that you can do it, whatever your age: If you’re older, don’t be put off by any negativity. I proved that it doesn’t have to be hard to lose weight and keep it off. You can do it whatever age you are. I often say that on the community pages of GetSlim if people are worried about it. I want to inspire people over 50 – if I can do it, anyone can if they really want to!

Choose your diet plan carefully: Pick an eating plan that works for you and fits in with your lifestyle. That will make it easier for you to stick to and incorporate it into your life.

Exercise: Do something every day. You’ve just got to keep moving. If the weather is really awful and I don’t want to go outside, I put on an exercise DVD.

Plan: Focus on how you get to your goal, not just the goal itself. Plan everything in – the food you are going to eat and the exercise you’re going to do.

Start your journey to becoming a slimmer, fitter and healthier you with www.getslim.co.uk

Get a Better Night’s Sleep with your Partner

Earrings for Work and Play

Top 5 Factors to Consider When Choosing Schools for Toddlers

Introducing an Industrial Nightstand Lounge for a Luxury Bed Room

A Sporty Piqué For Every Women’s Wardrobe at GANT

Get a Better Night’s Sleep with your Partner