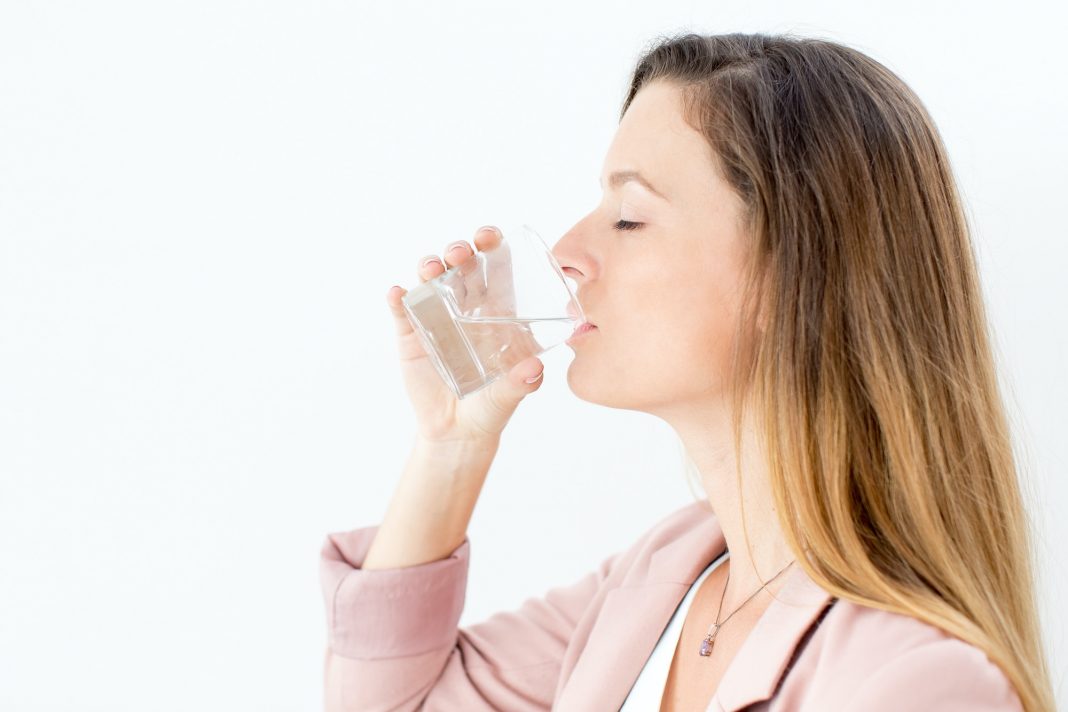 Hard water affects 17m UK households and not only increases your energy bills, but also damages expensive appliances, as well as your home’s plumbing system.

Untreated hard water causes limescale to build up on every surface it comes in contact with. While you can physically see limescale on your taps, shower heads and elsewhere around the home and it’s a pain to clean, it’s the hidden limescale that does the most costly damage.

How does hard water damage plumbing and appliances? 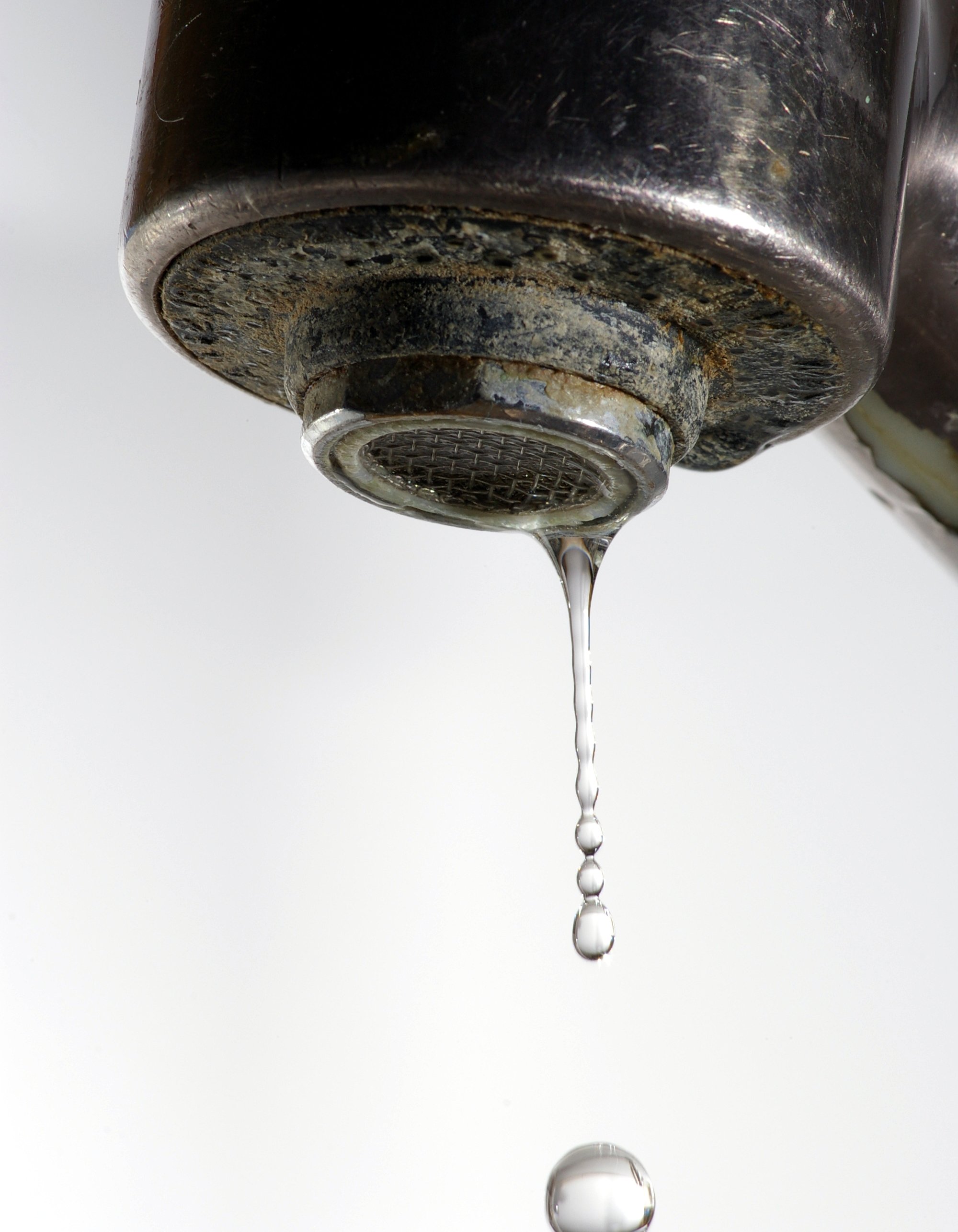 Hard water creates limescale build-up which acts as a powerful insulator when it accumulates on any heating element, meaning that the element must work longer and harder in order to heat the water surrounding it. As a natural process, the build-up will occur unless it’s actively addressed. This additional strain causes heating elements to burn out prematurely or even explode, resulting in expensive engineer visits and costly parts replacement.

“Households can expect to pay £500 or more for every engineer visit to repair boiler components damaged by limescale and for boiler replacements it can be well over £1,000 which is why we recommend treating hard water in the home as a preventative measure.”

In addition to your appliances, your plumbing is also at risk of costly damage. Limescale causes narrowing within pipework, affecting your water pressure and flow rate and damaging plumbing components.

Which appliances are affected? 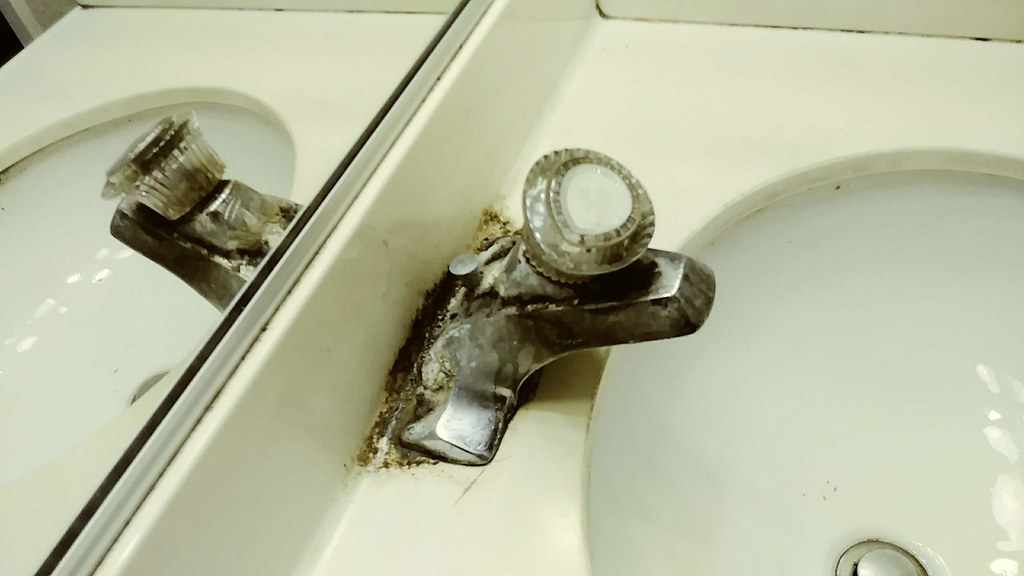 Limescale is a common sight in the kettle, and while it’s not very nice to look at, more importantly it means you’ll be replacing the kettle more frequently than you should. However, there are many more places for limescale to accumulate and cause damage which may surprise you, for example inside your dishwasher, washing machine, steam iron, steam oven and inside boiling water taps. While these appliances are by no means inexpensive to replace, we’ll address three other areas which have the potential to cause the most havoc in your home. 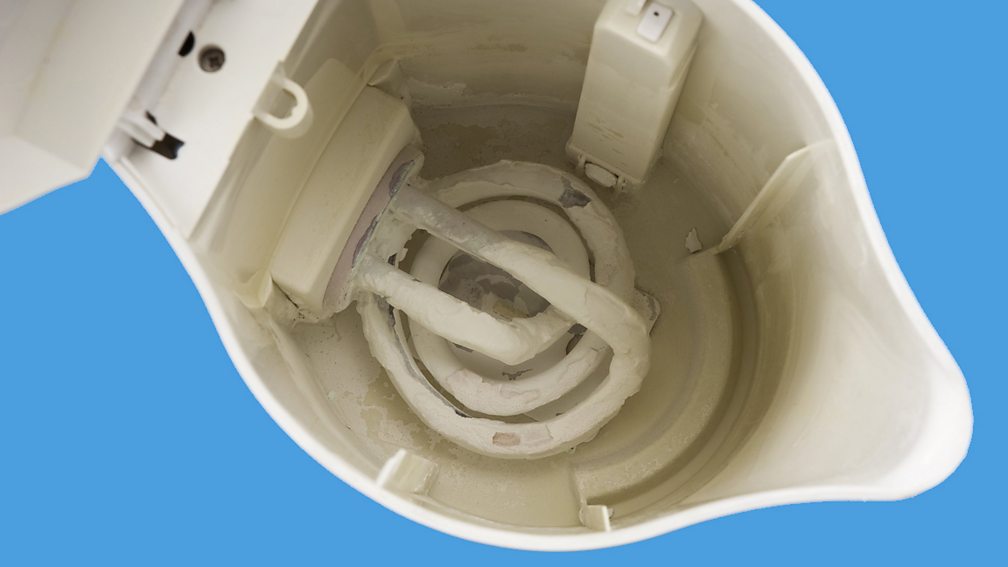 While you might assume the damage is done when you turn on your central heating, that’s not actually the case. Central heating is a ‘closed system’, meaning the water that is inside the system remains there and continually circulates, so limescale is not actually much of a problem when it comes to heating your home. However, when you heat water for your shower, bath or for any other purpose, limescale adds up to 25% or more to that energy consumption which accounts for around 14% of your energy bill. Being one of the most expensive appliances to replace in the home, limescale damage inside your boiler is extremely costly and a great inconvenience if it fails during the winter months. Of course it’s not just the boilers which can be damaged by limescale, the scale will impact in much the same way on any immersion heater element in a hot water cylinder with a costly consequences.

“Appliances are prone to limescale damage from the moment they are installed and your boiler is no exception. In my personal experience, I’ve seen this result in boiler replacements within 10 years of installation or less, as opposed to 20 years or more when they are protected against hard water….combi boilers and immersion heaters are particularly susceptible due to their compact size while limescale can actually corrode hot water cylinders resulting in leaking systems.”

Whilst the physical damage is expensive, even greater financial harm is created by the significant energy losses created by the scale on the heating elements. Independent research commissioned by Halcyan investigated various setting and showed that an average UK home is adding hundreds of pounds to their energy bills every year, by simply not treating the limescale. 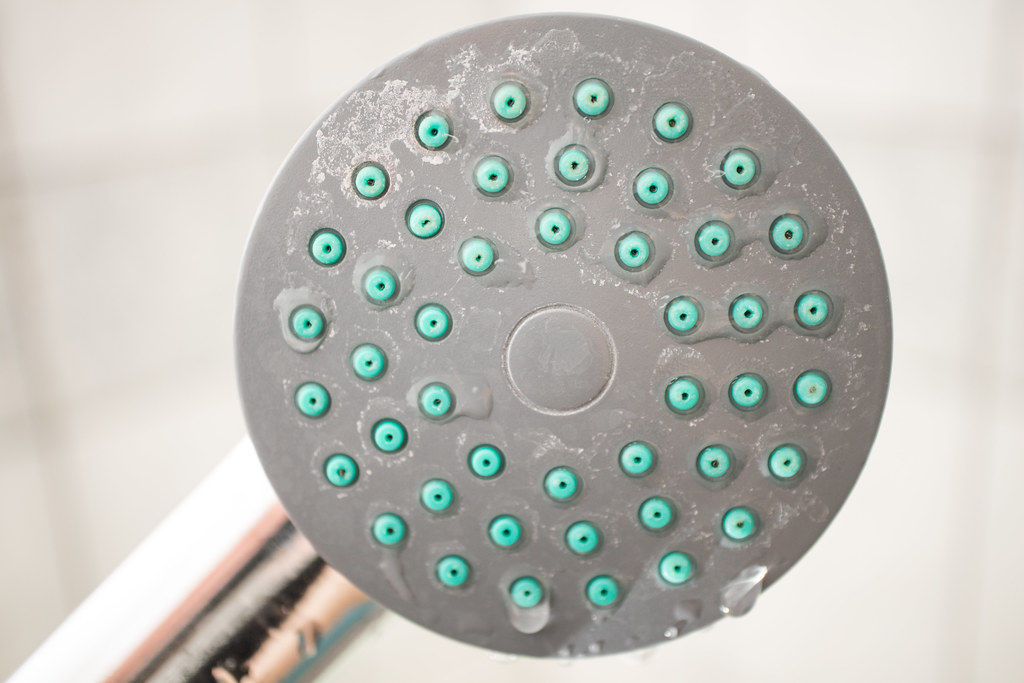 Shower heads are particularly susceptible to limescale, reducing the flow of water and eventually blocking it completely. However shower heads are reasonably easy to clean. If you have an electric shower, limescale damages the unit internally where it’s almost impossible to clean, eventually leading to premature failure. And if you have a mixer shower that is built into your shower wall, the outlook is even worse. The thermostatic or manual valves which controls your shower temperature are typically built into the wall so you can imagine the work involved to replace it when it fails due to scale build up. Similarly tap valves and their cartridges also suffer badly with limescale affecting their ability to perform properly or start to leak, needing maintenance or premature replacement.

“electric showers are particularly prone to failure due to limescale as the design is very similar to that of a combi boiler.”

Toilet cisterns are prone to limescale, affecting the function of the ball valve which controls water flow. When limescale builds up and prevents it from functioning properly, the toilet can run continuously, wasting water. If your water supply is metred, this wasted water will increase your bills while the damage done inside the cistern will eventually require repair or replacement. And just like built-in showers, if you have a built-in toilet, repairing or replacing it will require access through the wall, adding expense and inconvenience to the problem.

How do I treat hard water in my home? 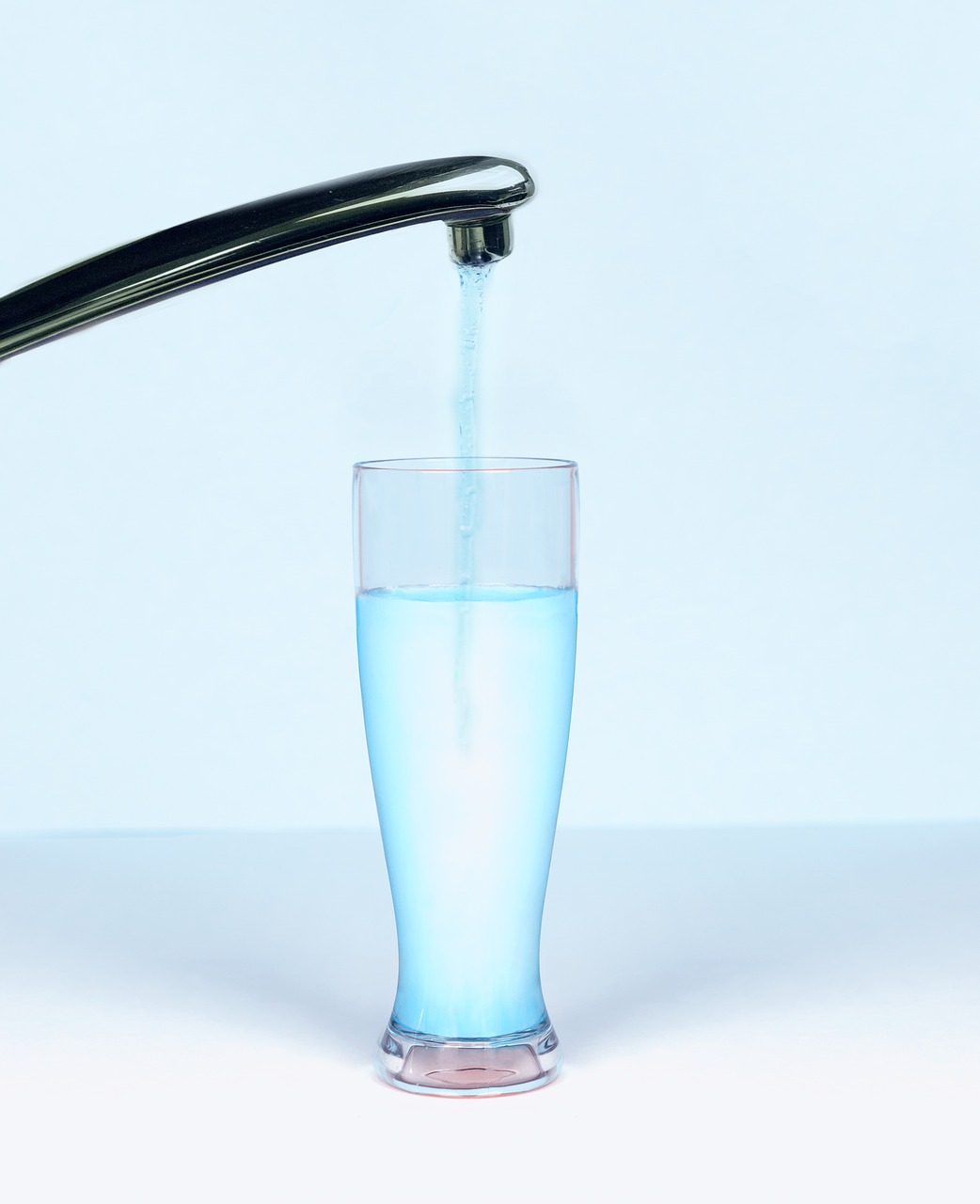 While there are many limescale treatments available, they typically use harsh chemicals which are then washed down the drain and into the watercourse, and that’s bad news for our rivers and their wildlife.

However, by treating hard water as it enters the home with a sustainable water conditioner which does not use any salts or chemicals, you’ll be protecting your expensive appliances and plumbing system from damage, and saving money on your energy bills while protecting the environment too.

“It costs on average about £300 to have an engineer clean the accessible parts of your boiler, but it won’t be long before the scale reappears. Prevention is far more effective and economical than regular maintenance.”

“As the cost of living continues to rise, the last thing a household wants is to spend money fixing or replacing expensive appliances in the home or wasting energy. We’re very concerned that no one is talking about this easy energy saving action and we’re keen to spread the word as fast as possible. This small device takes under an hour to install, requires no space or maintenance and the water is entirely safe to drink. It not only prevents future limescale but also removes existing limescale in your system and with a 30 year warranty, users can relax knowing that limescale damage is one thing less to worry about.”

The Halcyan Water Conditioner is a salt and chemical-free device which treats hard water throughout your entire home and is a proven solution for 30+ years.

• Simple retrofit completed in an hour or less
• WRAS approved – safe drinking water
• Significantly lower energy bills
• Large reduction in your carbon footprint
• Extended life of appliances such as boilers and washing machines
• Softened water for healthier hair and skin
• Easier cleaning due to reduced limescale build up
• Cleaning products are more effective so you use less
• Multiple cost, maintenance and environmental benefits over salt-based or chemical alternatives which are actually banned in some parts of the world
• It prevents new limescale but also reduces limescale already in your home

Halcyan Water Conditioners protect the entire home. Offering preventative action, they also reduce limescale deposits already present in pipes and other appliances, are maintenance free and easy to install (installed by a plumber in under an hour), do not use chemicals or salt, and come with a 30 year warranty.

Home Upgrades and Improvements That Really Pay Off