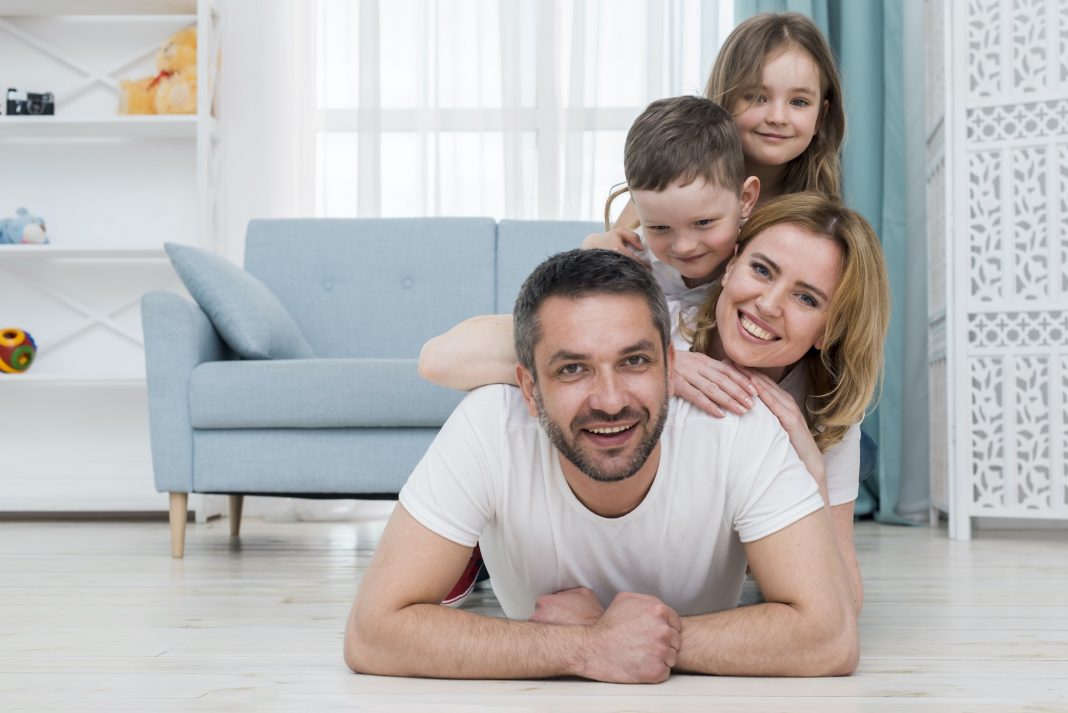 Three in four parents in the UK say they are struggling to cope with the rising costs of raising their children due to the deepening cost of living crisis, according to a new research study.

A new study published, by refurbished mobile phone provider, Swycha, has found a staggering 80% of parents say they are finding it hard to manage the rising living costs and still afford food, clothes, sports clubs, birthday presents etc for their children. 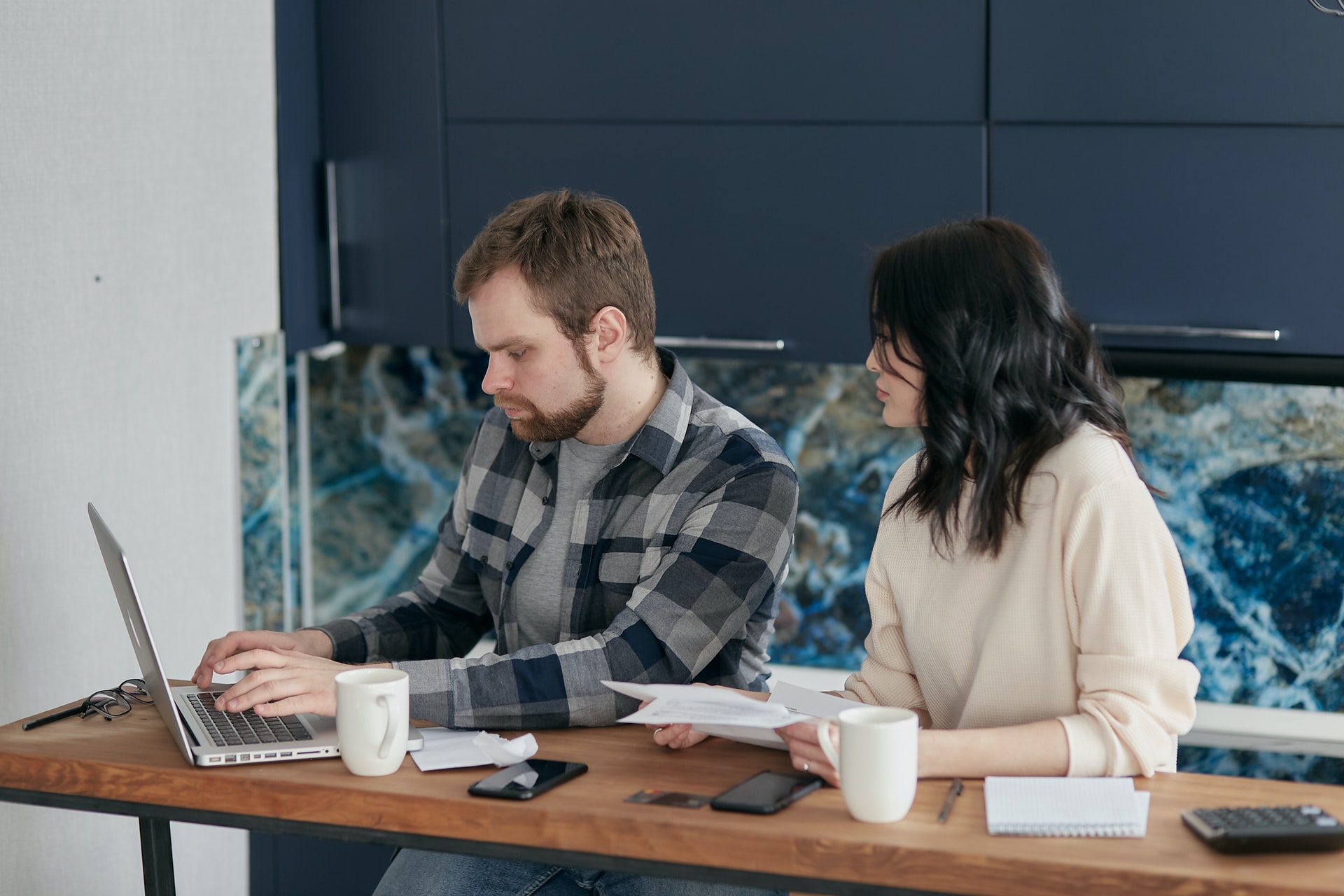 As widely reported, UK households face the biggest squeeze on their incomes since the 1970s. The cost of petrol reached £1.60 a litre last weekend as the Ukraine conflict continues, energy bills could rise to £1,971 for households in April, and food prices are rising at the fastest rate since 2012. 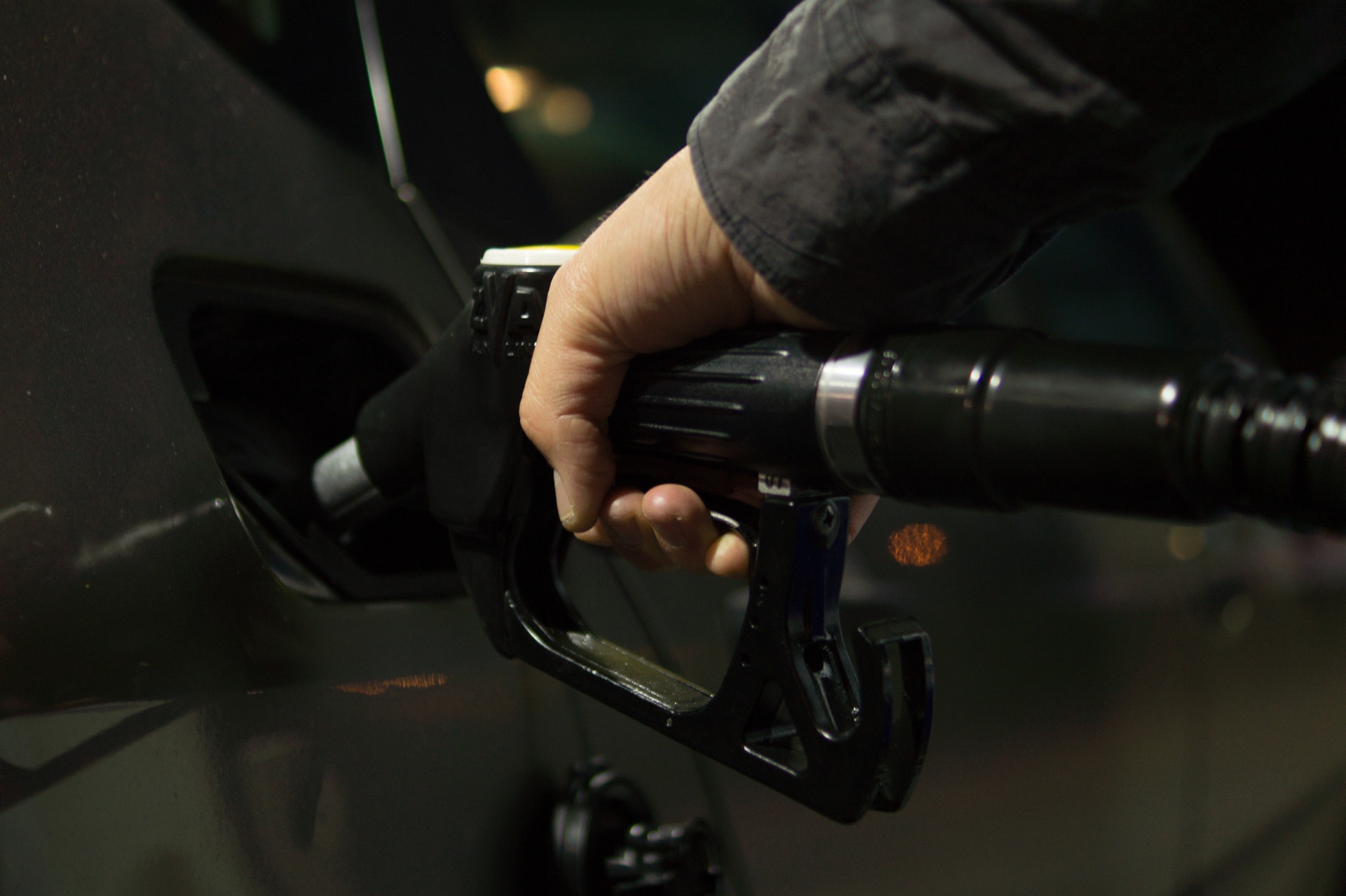 The study analysed and found that the most difficult costs for parents to manage right now are: 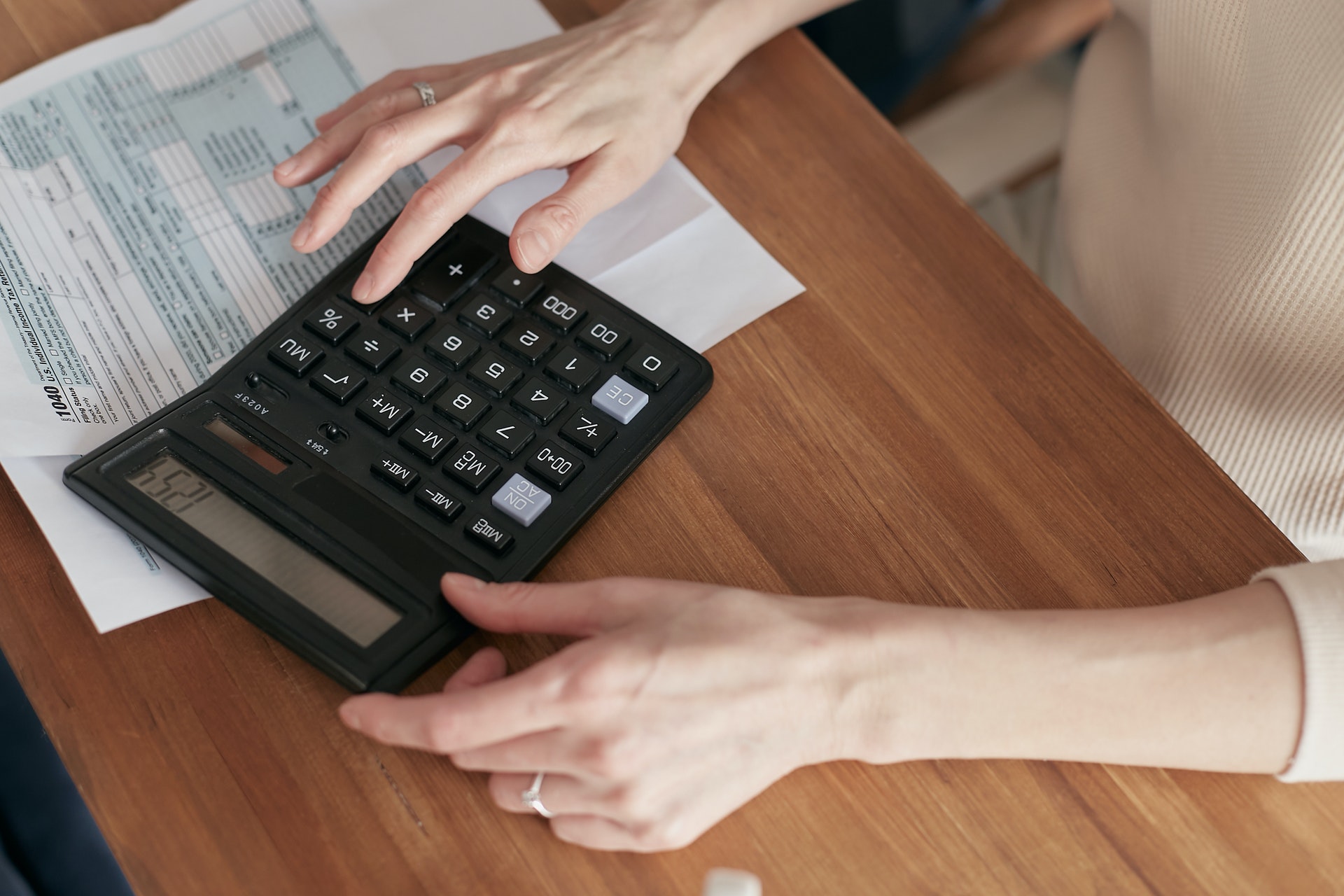 When interviewed, 23% of parents said they feel their personal finances and ability to financially support their children will only get worse in the future. They expect future price increases will make it even harder to provide for their children. 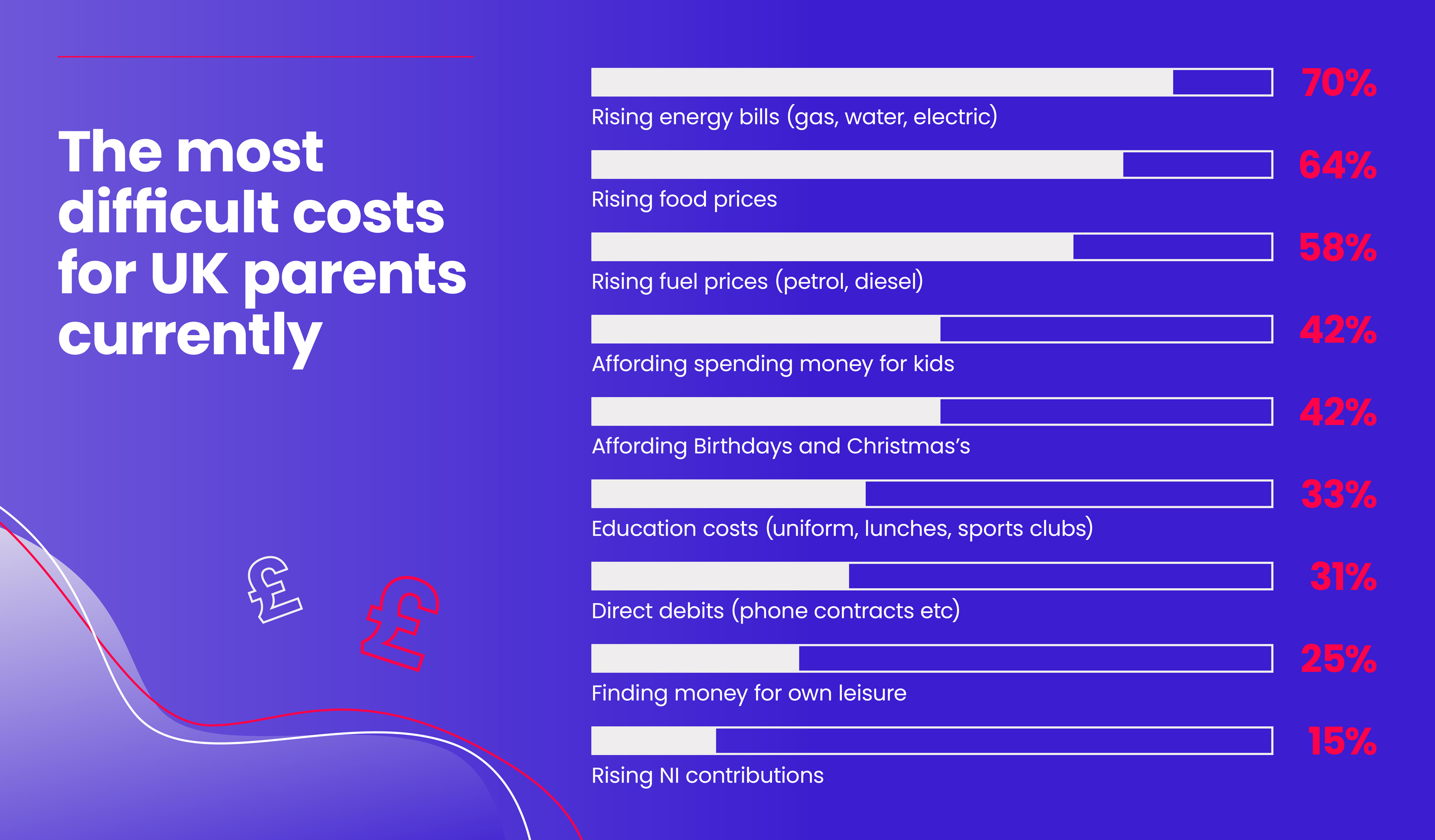 Only 12% of parents believe raising children will get easier in the future as they adjust their personal circumstances (new job, pay rise, cutting back etc) to meet rising household bills.

Naturally, families are having to make cutbacks. The research also identified the most common cutbacks that UK households say they are making to adjust to the rising costs. 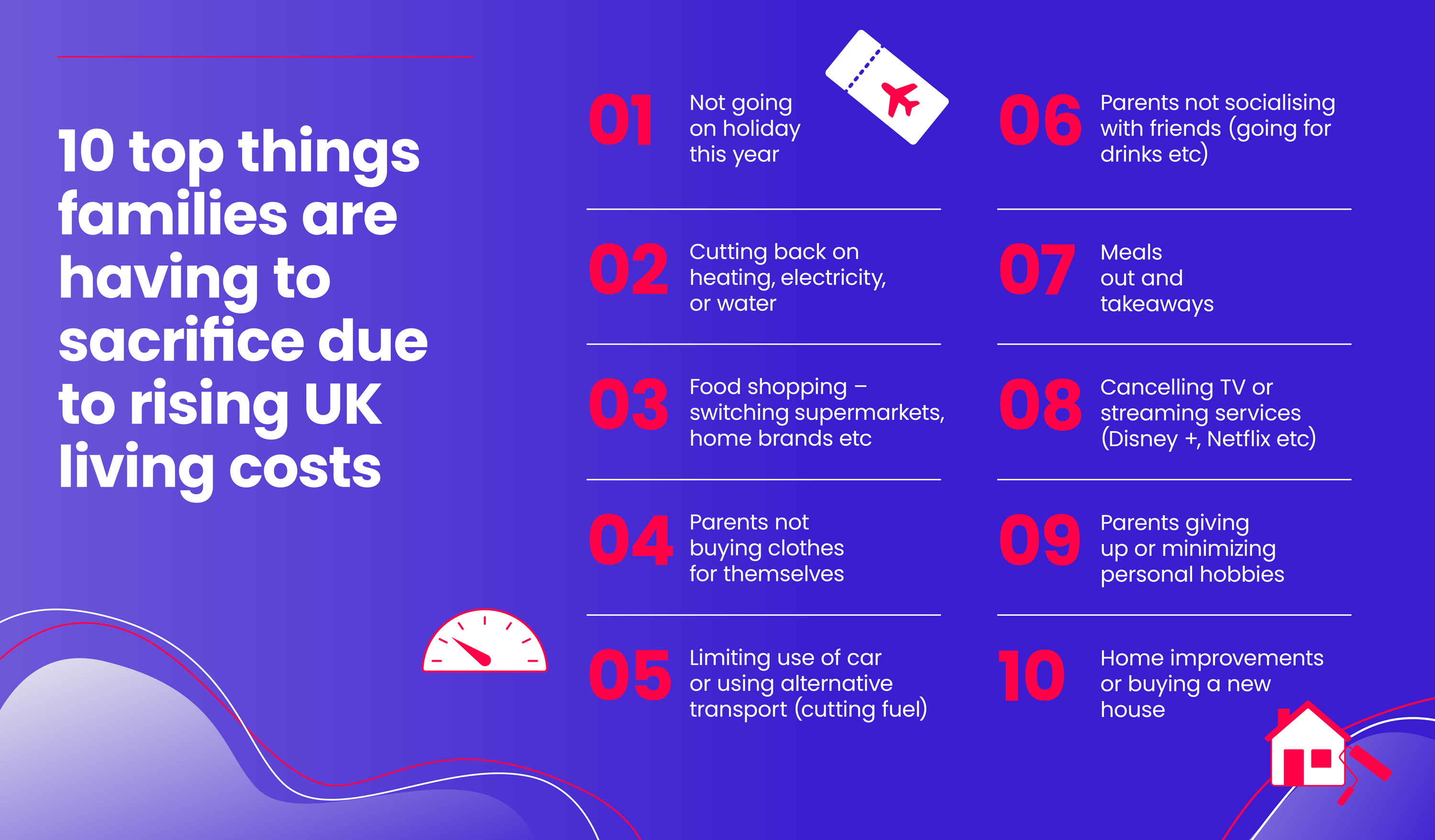 In order of most prevalent, these were uncovered to be:

1. Not going on holiday this year
2. Cutting back on heating, electricity, or water
3. Food shopping – switching supermarkets, switching home brands, no organic food
4. Parents not buying clothes for themselves
5. Limiting use of their car and choosing public transport (cutting back on fuel)
6. Parents socialising with friends less (going out for drinks etc)
7. Meals out and takeaways
8. Cancelling TV and streaming subscriptions (Disney+, Netflix, Spotify etc)
9. Parents giving up or cutting back on personal hobbies (golf clubs etc)
10. Home improvements or buying a new house.

44% of parents also say that paying their child’s mobile phone contract has become problematic at the moment due to the rising household bills. Swycha’s research had initially intended to assess the affordability of paying children’s phone contracts. 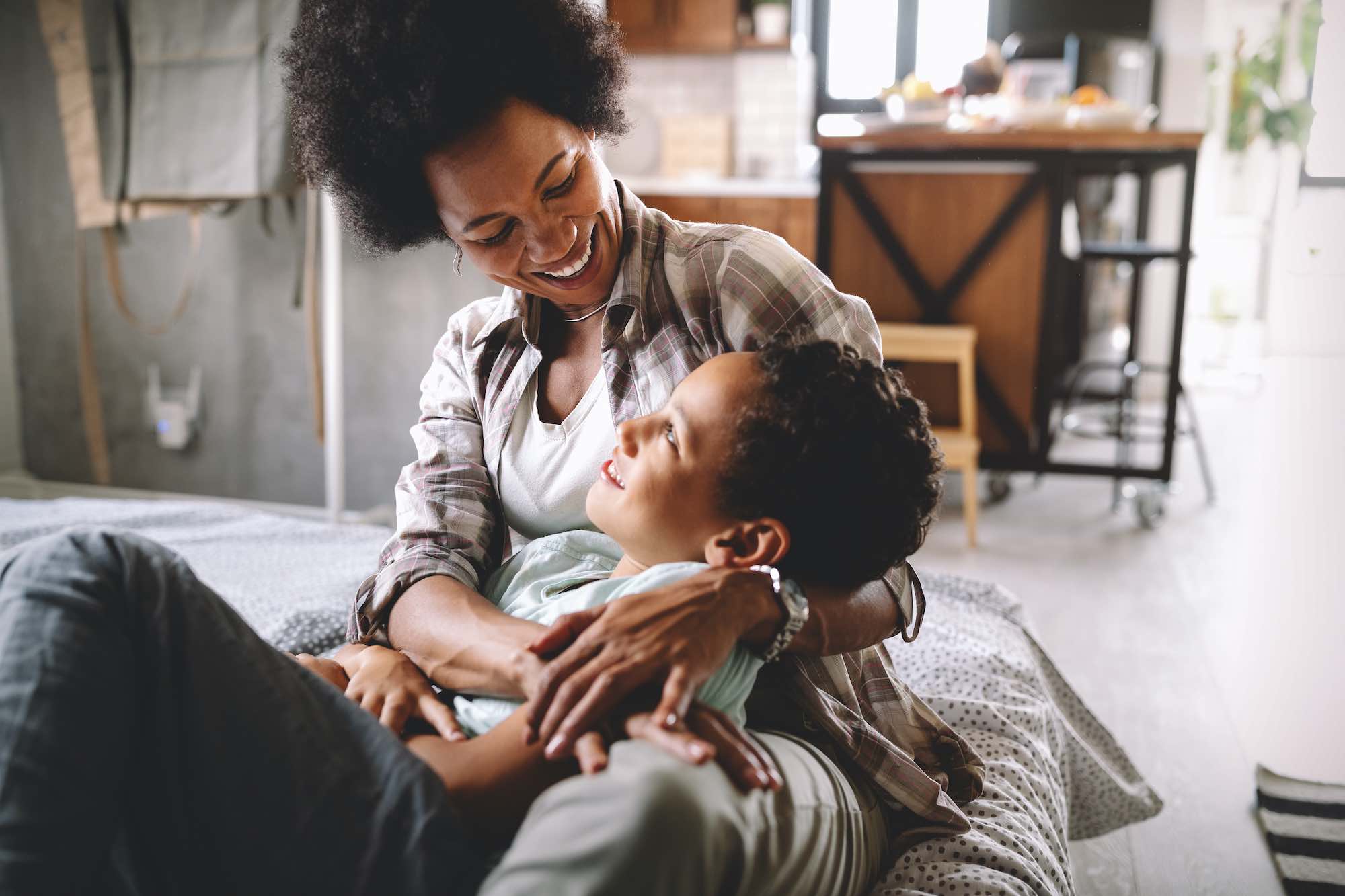 A third of parents currently pay over £50 a month for their child’s phone and the research found that children are now on average 10 years old when they are bought their first phone in the UK.

48% of parents even say they bought specific technology presents that their children had asked for Christmas, despite knowing they couldn’t “really afford” those particular gifts.

An anonymous mother of two told researchers: “Because of costs skyrocketing, we have cut back on absolutely everything at the moment. We have switched food brands to cheaper store brand alternatives and are buying second hand clothes instead of new. We are rationing the heating also.”

An anonymous farther from the study said “I am sacrificing things for myself. Nights out with friends included. I can no longer afford my monthly phone contract so will cancel my contract as soon as I am eligible to in June. I have also cut down on our tv package due to the rising cost in fuel, food, and energy. I do not feel in 2022 I should have to make these choices – but I go without adequate food to ensure my children receive the proper nutrients they need.”

Leave Lagerfeld alone: Status of luxury brands could be ruined by buyers customizing their products